COLUMBIA, Mo. ­— Popular music videos have been criticized as having misogynistic messages and images. While more female music artists have gained visibility and created successful “brands” in recent years, critics argue that many of these artists are pushing the boundaries of acceptable norms with regard to race, gender and sexuality in popular culture. Cynthia Frisby, an associate professor of strategic communication in the University of Missouri School of Journalism, and Jennifer Aubrey, an associate professor in the department of communication in the University of Missouri College of Arts and Science, found an abundance of sexual objectification in music videos featuring female artists. They believe these cases of sexual objectification are concerning because of potential messages it sends to young viewers. 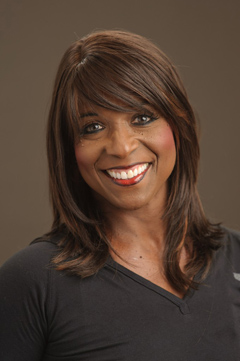 “The images coming from these music videos are very powerful and influential,” Frisby said. “Young audiences may interpret these sexually objectifying images as important ways to be seen as attractive and valuable to society, especially with how pervasive these videos are throughout our culture.”

In their study, Frisby and Aubrey found that sexual objectification of female artists in music videos existed equally, regardless of the artist’s race. However, they did find that African-American artists tended to wear more sexually provocative attire than other female artists.

“It has been known that music videos featuring male artists often sexually objectify women, but our study shows that many female artists are objectifying themselves in their music videos,” Frisby said. “However, despite numerous existing sexual stereotypes regarding black women, they don’t appear to objectify themselves any more or less than women of other races.”

This study was published in the Howard Journal of Communications.