TORONTO, ON — Low oxygen levels in tumors can be used to predict cancer recurrence in men with intermediate-risk prostate cancer even before they receive radiation therapy.

The clinical research, led by radiation oncologists from the University of Toronto and the Princess Margaret Hospital (PMH) Cancer Program, University Health Network (UHN) was published online in Clinical Cancer Research, a journal of the American Association for Cancer Research.

“We’ve not only shown that men do worse if they have low oxygen levels (hypoxia) in their prostate cancer, but that they also do worse over a shorter period of time,” says Dr. Michael Milosevic, a U of T professor of radiation oncology and radiation oncologist in the PMH Cancer Program, UHN. “These patients seem to develop cancer recurrence within only a few years of completing treatment.” 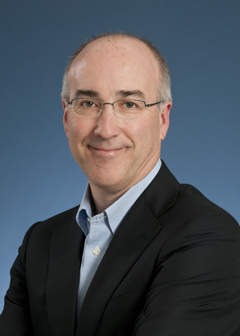 “This information could change the way prostate cancer is treated and goes a long way to ensuring that all patients receive the right treatment from the outset – based on their individual tumour,” says Milosevic. “At the heart of it, this is what personalized medicine is all about.”

Prostate cancer is commonly treated with surgery or radiation therapy, and yet cancer recurs or spreads in about 25 per cent of treated men. The discovery of indicators, such as low oxygen in tumours, enables doctors to better select the most appropriate and effective treatments for each patient even before radiation therapy is delivered.

Milosevic and colleagues measured oxygen levels in 247 men with localized prostate cancer prior to radiation therapy and followed them for a median of 6.6 years. Low oxygen in the tumors predicted early relapse after radiation treatment. It was also the only identified factor that predicted local recurrence during follow-up.

“We believe that a tumour’s genetic signature will be another promising predictor of recurrence,” says Dr. Robert Bristow, radiation oncologist in the PMH Cancer Program, UHN, and professor in the departments of radiation oncology and medical biophysics at U of T. “Combined, these indicators may signal that the cancer has spread at a previously-undetectable level.”

Milosevic and colleagues hope that identifying the factors that influence prostate cancer behavior will lead to the exploration of new drugs to target hypoxia in tumors. The findings may also accelerate the development of new treatment strategies – informing physicians when complementary treatment may be more effective.

“Knowing what works for which patient will make treatment more effective and improve outcomes for patients,” says Milosevic.