HOMESTEAD, Fla. — Precipitous declines in formerly common mammals in Everglades National Park have been linked to the presence of invasive Burmese pythons, according to a study published on Jan. 30, 2012, in the Proceedings of the National Academy of Sciences.

The study, the first to document the ecological impacts of this invasive species, strongly supports that animal communities in this 1.5-million-acre park have been markedly altered by the introduction of pythons within 11 years of their establishment as an invasive species.  Mid-sized mammals are the most dramatically affected. 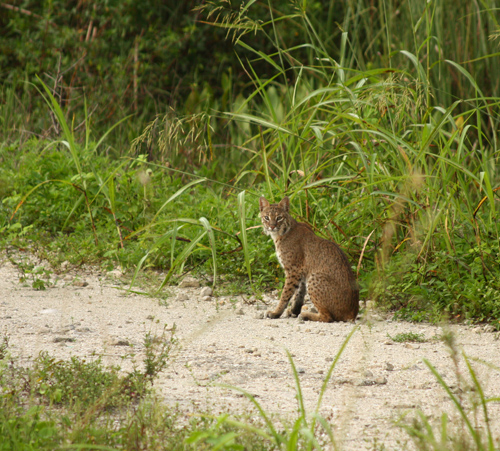 Bobcats are one of the predators that may be negatively affected by pythons, which both compete with them for prey and prey on them. Photo copyrighted by Christopher Gillette, Florida International University.

The most severe declines, including a nearly complete disappearance of raccoons, rabbits and opossums, have occurred in the remote southernmost regions of the park, where pythons have been established the longest.  In this area, populations of raccoons dropped 99.3 percent, opossums 98.9 percent and bobcats 87.5 percent.  Marsh and cottontail rabbits, as well as foxes, were not seen at all. 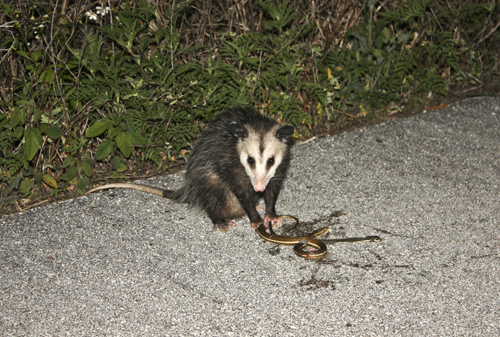 The researchers collected their information via repeated systematic night-time road surveys within the park, counting both live and road-killed animals.  Over the period of the study, researchers traveled a total of nearly 39,000 miles from 2003 to 2011 and compared their findings with similar surveys conducted in 1996 and 1997 along the same roadways before pythons were recognized as established in Everglades National Park. 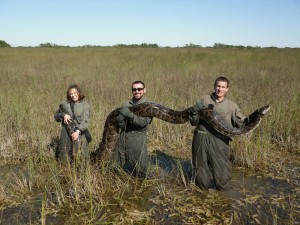 Burmese Python Caught in the Everglades. This large Burmese python, weighing 162 pounds and more than 15 feet long at the time of its capture in 2009, was caught alive in the Everglades and was found to have eaten an American alligator that measured about 6 feet in length. University of Florida researchers in the photo: Michael Rochford is holding the python's head, and Alex Wolf and Therese Walters are holding the python's body. Image credit: Mike Rochford, University of Florida

“The magnitude of these declines underscores the apparent incredible density of pythons in Everglades National Park and justifies the argument for more intensive investigation into their ecological effects, as well as the development of effective control methods,” said Michael Dorcas, lead author of the study, a professor at Davidson College in North Carolina, and author of the book Invasive Pythons in the United States. “Such severe declines in easily seen mammals bode poorly for the many species of conservation concern that are more difficult to sample but that may also be vulnerable to python predation.”

The mammals that have declined most significantly have been regularly found in the stomachs of Burmese pythons removed from Everglades National Park and elsewhere in Florida.  The authors noted that raccoons and opossums often forage for food near the water’s edge, a habitat frequented by pythons in search of prey.

The authors suggested that one reason for such dramatic declines in such a short time is that these prey species are “naïve” – that is, they not used to being preyed upon by pythons since such large snakes have not existed in the eastern United States for millions of years. Burmese pythons over 16 feet long have been found in the Everglades.  In addition, some of the declining species could be both victims of being eaten by pythons and of having to compete with pythons for food. 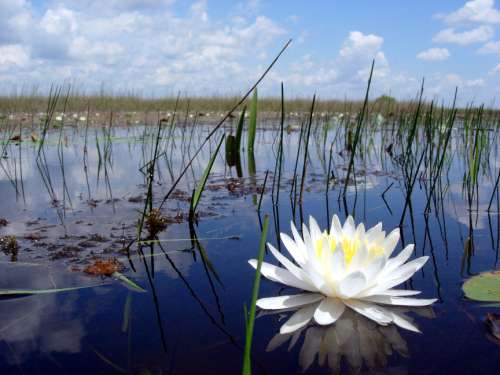 “It took 30 years for the brown treesnake to be implicated in the nearly complete disappearance of mammals and birds on Guam; it has apparently taken only 11 years since pythons were recognized as being established in the Everglades for researchers to implicate pythons in the same kind of severe mammal declines,” said Robert Reed, a USGS scientist and co-author of the paper. “It is possible that other mammal species, including at-risk ones, have declined as well because of python predation, but at this time, the status of those species is unknown.”

The scientists noted that in their native range in Asia, pythons have been documented to consume leopards. Consequently, even large animals, including top predators, are susceptible to python predation. For example, pythons have been documented consuming full-grown deer and alligators. Likewise, the authors state that birds, including highly secretive birds such as rails, make up about a fourth of the diet of Everglades pythons, and declines in these species could be occurring without managers realizing it. 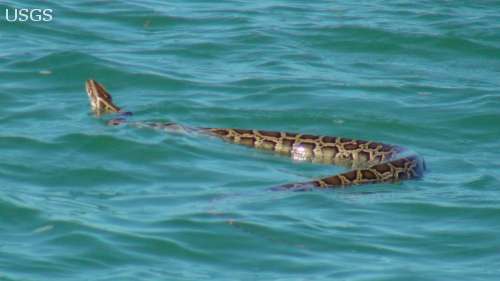 “Our research adds to the increasing evidence that predators, whether native or exotic, exert major influence on the structure of animal communities,” said John Willson, a study co-author, a research scientist at Virginia Tech University and author of the book Invasive Pythons in the United States. “The effects of declining mammal populations on the overall Everglades ecosystem, which extends well beyond the national park boundaries, are likely profound, but are probably complex and difficult to predict.  Studies examining such effects are sorely needed to more fully understand the impacts pythons are having on one of our most unique and valued national parks.”

The authors found little support for alternative explanations for the mammal declines, such as disease or changes in habitat structure or water management regimes.

“This severe decline in mammals is of significant concern to the overall health of the Park’s large and complex ecosystem,” said Everglades National Park superintendent Dan Kimball.  “We will continue to enhance our efforts to control and manage the non-native python and to better understand the impacts on the Park.  No incidents involving visitor safety and pythons have occurred in the Park.  Encounters with pythons are very rare; that said visitors should be vigilant and report all python sightings to park rangers,” Kimball said.

On Jan. 23, 2012, the U.S. Fish and Wildlife Service published a rule in the Federal Register that will ban the importation and interstate transportation of four non-native constrictor snakes (Burmese python, northern and southern African pythons, and the yellow anaconda) that threaten the Everglades and other sensitive ecosystems. These snakes are being listed as injurious species under the Lacey Act. In addition, the FWS will continue to consider listing as injurious five other species of nonnative snakes: the reticulated python, boa constrictor, DeSchauensee’s anaconda, green anaconda and Beni anaconda.

1 comment on “Severe Declines in Everglades Mammals Linked to Pythons”