COLUMBIA, Mo. –Traditional media, such as newspapers and television news, require readers and viewers to intentionally seek out news by picking up a newspaper or turning on the television. The Internet and new technologies now are changing the way readers consume online news. New research from the University of Missouri shows that Internet users often do not make the conscious decision to read news online, but they come across news when they are searching for other information or doing non-news related activities online, such as shopping or visiting social networking sites. 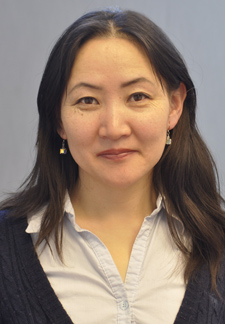 Borchuluun Yadamsuren, a post-doctoral fellow at the Reynolds Journalism Institute (RJI) in the University of Missouri School of Journalism, found a shift in the way people have begun to perceive online news. She says that while some people still have the perception of news as tied to traditional media, others now hold a much broader perception of news that goes beyond what is reported by professional journalists. Yadamsuren attributes this to the wide array of information available online.

“Incidental exposure to online news is becoming a major way for many people to receive information about news events,” Yadamsuren said. “However, many people don’t realize how their news reading behavior is shifting to more  serendipitous discovery.”

Currently, Yadamsuren is studying the relationship between incidental exposure to online news and different demographic and technology-access related factors. Yadamsuren believes it is important for media organizations to place links to their news stories on different sites throughout the Internet to take advantage of serendipitious news consuming behavior to expand their readership.

Yadamsuren’s study was presented at the Association for Education in Journalism and Mass Communication (AEJMC) 2011 and American Society for Information Science and Technology (ASIST) 2011 Annual Meetings. Her research was also published in Information Research. Her current research at RJI involves developing strategies for news organizations to engage younger generations with online news based on incidental exposure.