Small, shifting human populations existed in the Amazon before the arrival of Europeans, with little long-term effect on the forest.

That’s the result of research led by Crystal McMichael and Mark Bush of the Florida Institute of Technology (FIT). The finding overturns the idea the Amazon was a cultural parkland in pre-Columbian times with large human populations that transformed vast tracts of the landscape.

The Amazon Basin is one of the highest biodiversity areas on Earth. Understanding how it was modified by humans in the past is important for conservation and for understanding the ecological processes in tropical rainforests.

McMichael, Bush and a team of researchers looked at how widespread human effects were in Amazonia before Europeans arrived. They published their results in last week’s issue of the journal Science. 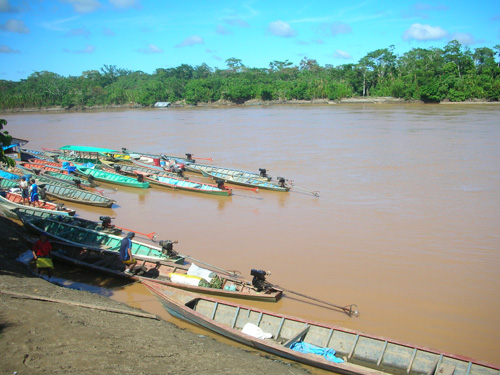 “The findings have major implications for how we understand the effect of the land-use change now occurring in Amazonia,” said Alan Tessier, program director in the National Science Foundation’s Division of Environmental Biology, which funded the research.

“Making the assumption that this system is resilient to deforestation, it turns out, isn’t a position supported by historical evidence,” Tessier said.

If the pre-Columbian Amazon was a highly altered landscape, then most of the Amazon’s current biodiversity could have come from human effects. 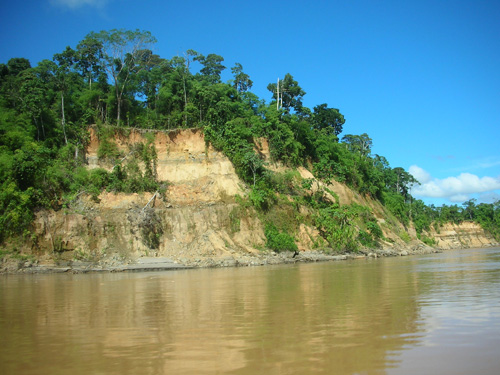 Sampling location, seen from atop a river bluff in the Peruvian Amazon. Image credit: Crystal McMichael

The team retrieved 247 soil cores from 55 locations throughout the central and western Amazon, sampling sites that were likely disturbed by humans, such as river banks and other areas known from archaeological evidence to have been occupied by people.

They used markers in the cores to track the histories of fire, vegetation and human alterations of the soil.

The scientists conclude that people lived in small groups, with larger populations in the eastern Amazon–and most people lived near rivers. 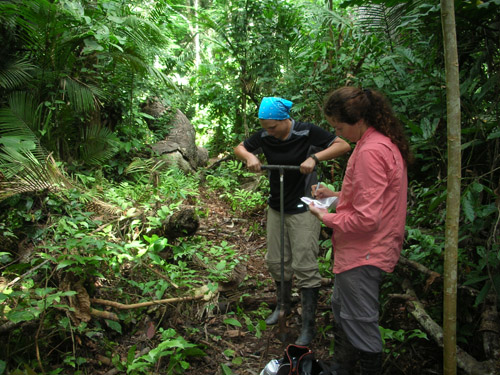 They did not live in large settlements throughout the basin as was previously thought. Even sites of supposedly large settlements did not show evidence of high population densities and large-scale agriculture.

All the signs point to smaller, mobile populations before Europeans arrived. These small populations did not alter the forests substantially. 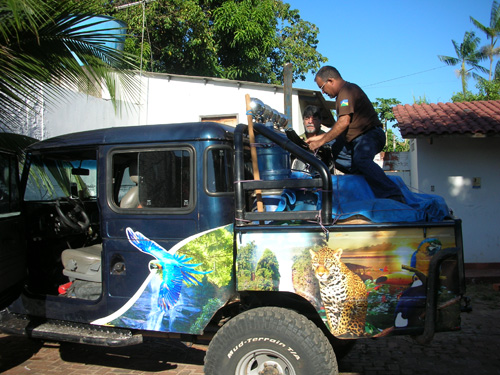 “The amazing biodiversity of the Amazon is not a by-product of past human disturbance,” said McMichael. “We can’t assume that these forests will be resilient to disturbance, because most of them have, at most, been lightly disturbed in the past.

“There is no parallel in western Amazonia for the scale of modern disturbance that accompanies industrial agriculture, road construction and the synergies of those disturbances with climate change.” 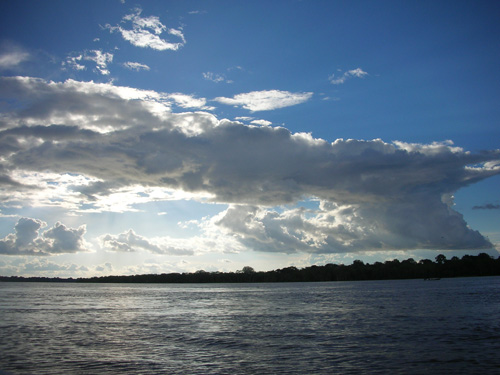 Other co-authors of the paper are D.R. Piperno of the Smithsonian National Museum of Natural History; M.R. Silman of Wake Forest University; A.R. Zimmerman of the University of Florida; M.F. Raczka of FIT; and L.C. Lobato of the Federal University of Rondônia in Brazil. 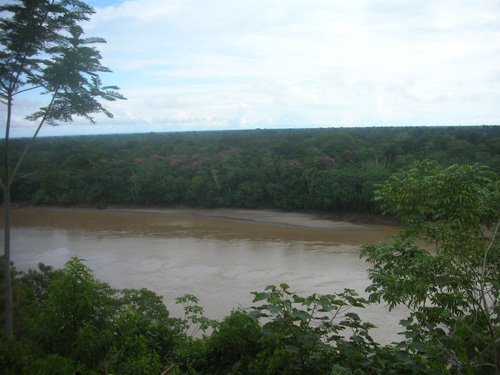