Spinal muscular atrophy, or SMA, is caused when a child’s motor neurons – nerve cells that send signals from the spinal cord to muscles – produce insufficient amounts of what is called survival motor neuron protein, or SMN. This causes motor neurons to die, leading to muscle weakness and the inability to move.

Though previous research has established the disease’s genetic link to SMN in motor neurons, scientists haven’t yet uncovered how this lack of SMN does so much damage. Some children with the most severe form of the disease die before age 2.

A research team led by Ohio State University scientists showed in zebrafish that when SMN is missing – in cells throughout the body as well as in motor neurons specifically – levels of a protein called plastin 3 also decrease. 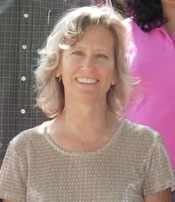 When the researchers added plastin 3 back to motor neurons in zebrafish that were genetically altered so they couldn’t produce SMN, the zebrafish regained most of their swimming abilities movement that had been severely limited by their reduced SMN. These findings tied the presence of plastin 3 – alone, without SMN – to the recovery of lost movement.

The recovery was not complete. Fish without SMN in their cells still eventually died, so the addition of plastin 3 alone is not a therapeutic option. But further defining this protein’s role increases understanding of how spinal muscular atrophy develops.

“What all is lost when SMN is lost? That’s something we’re still struggling with,” said Christine Beattie, associate professor of neuroscience at Ohio State and lead author of the study.

The study is published in the April 11, 2012, issue of The Journal of Neuroscience.

Spinal muscular atrophy (SMA) is a fatal genetic disorder that strikes about one in every 6,000 babies born in the United States. According to the National Institutes of Health, there are many types of SMA, and life expectancy depends on how the disease affects breathing. There is no cure, but medicines and physical therapy help treat symptoms.

Beattie and colleagues began this line of work several years ago after a clinician compared the blood of siblings – one with mild spinal muscular atrophy and one who was unaffected – and found that the unaffected child’s plastin 3 levels were higher than those in the sibling with SMA.

The Ohio State researchers are using animal studies to pinpoint the role of plastin 3 in this disease, and specifically how it relates to SMN, the protein known to be lacking in children with spinal muscular atrophy. Beattie is an expert in using the zebrafish model for studies of motor neurons and other aspects of the central nervous system.

She and colleagues ran a series of experiments to test the relationship between the SMN protein and plastin 3. In zebrafish genetically altered so they don’t produce SMN, plastin 3 levels remained low, as well. When the researchers created opposite conditions – lowering plastin 3 first in the fish – SMN was unaffected. This showed that the plastin 3 decrease occurred only when SMN was lowered first. And when SMN production was stimulated in zebrafish initially lacking the protein, plastin 3 levels were restored as well.

“All this showed a relationship between SMN and plastin 3. It’s not a random event,” Beattie said.

Genes make proteins in cells over the course of numerous steps. Through additional experiments, the researchers determined that decreased SMN influences plastin 3 production at a late point in the process called translation, when amino acids are strung together to form the protein’s initial shape. This means that the lack of SMN creates conditions in which too little plastin 3 is made to complete the protein’s normal functions – in these animals, the reduction was about four-fold.

Knowing this, Beattie and colleagues plan to study other proteins that may rely on SMN for their production.

“This is telling us that maybe SMN is affecting translation of other proteins that could be contributing to spinal muscular atrophy. That hasn’t been shown before,” Beattie said.

An examination of zebrafish motor neurons suggested that decreased plastin 3 affects these cells in at least two ways: by damaging axons, branch-like extensions that allow for communication among nerve cells, and by destabilizing synapses, structures through which those signals pass, Beattie said.

She and colleagues also examined fish behavior associated with protein changes. In zebrafish genetically altered so they don’t produce the SMN protein and therefore have lowered levels of plastin 3, the researchers added back small amounts of plastin 3 to their motor neurons through additional genetic manipulations. As a result of the added plastin 3, the fish recovered their ability to turn and swim, movements they were previously unable to make.

“We’ve rescued axons, synaptic proteins and behavior all by putting plastin 3 back in motor neurons,” she said. “That’s very encouraging.”

This work was supported by the National Institutes of Health, the SMA Foundation, an Ohio State Neuroscience Center Core Grant and a National Research Service Award Postdoctoral Fellowship.

Co-authors included Le Hao of Ohio State’s Department of Neuroscience and Marc Wolman and Michael Granato of the University of Pennsylvania.