A third of Earth’s organisms live in rocks and sediments, but their lives have been a mystery

By some estimates, a third of Earth’s organisms live in our planet’s rocks and sediments, yet their lives are almost a complete mystery.

This week, the work of microbiologist James Holden of the University of Massachusetts-Amherst and colleagues shines a light into this dark world.

In the journal Proceedings of the National Academy of Sciences (PNAS), they report the first detailed data on methane-exhaling microbes that live deep in the cracks of hot undersea volcanoes.

“Evidence has built that there’s an incredible amount of biomass in the Earth’s subsurface, in the crust and marine sediments, perhaps as much as all the plants and animals on the surface,” says Holden.

“We’re interested in the microbes in the deep rock, and the best place to study them is at hydrothermal vents at undersea volcanoes. Warm water there brings the nutrient and energy sources these microbes need.” 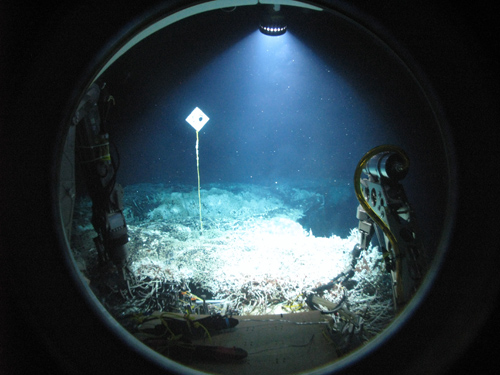 Just as biologists studied the habitats and life requirements of giraffes and penguins when they were new to science, Holden says, “for the first time we’re studying these subsurface microorganisms, defining their habitat requirements and determining how they differ among species.”

The result will advance scientists’ comprehension of biogeochemical cycles in the deep ocean, he and co-authors believe.

“Studies such as this add greatly to our understanding of microbial processes in the still poorly-known deep biosphere,” says David Garrison, program director in the National Science Foundation’s Division of Ocean Sciences, which funded the research.

The project also addresses such questions as what metabolic processes may have looked like on Earth three billion years ago, and what alien microbial life might look like on other planets.

Because the study involves methanogens–microbes that inhale hydrogen and carbon dioxide to produce methane as waste–it may also shed light on natural gas formation on Earth. 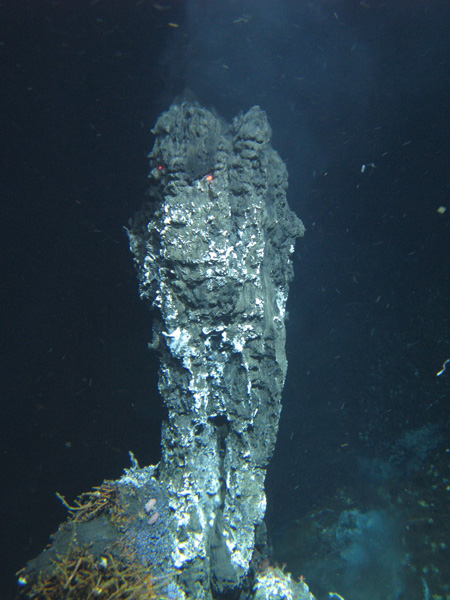 One major goal was to test results of predictive computer models and to establish the first environmental hydrogen threshold for hyperthermophilic (super-heat-loving), methanogenic (methane-producing) microbes in hydrothermal vent fluids.

“Models have predicted the ‘habitability’ of the rocky environments we’re most interested in, but we wanted to ground-truth these models and refine them,” Holden says.

The researchers found that growth measurements for the organisms were about the same. All grew at the same rate when given equal amounts of hydrogen and had the same minimum growth requirements. 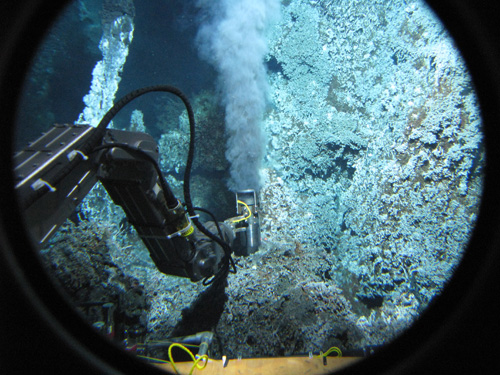 Holden and Helene Ver Eecke at UMass Amherst used culturing techniques to look for organisms in nature and then study their growth in the lab.

Co-investigators Julie Huber at the Marine Biological Laboratory on Cape Cod provided molecular analyses of the microbes, while David Butterfield and Marvin Lilley at the University of Washington contributed geochemical fluid analyses.

Using the research submarine Alvin, they collected samples of hydrothermal fluids flowing from black smokers up to 350 degrees C (662 degrees F), and from ocean floor cracks with lower temperatures.

Samples were taken from Axial Volcano and the Endeavour Segment, both long-term observatory sites along an undersea mountain range about 200 miles off the coast of Washington and Oregon and more than a mile below the ocean’s surface.

“We used specialized sampling instruments to measure both the chemical and microbial composition of hydrothermal fluids,” says Butterfield.

“This was an effort to understand the biological and chemical factors that determine microbial community structure and growth rates.” 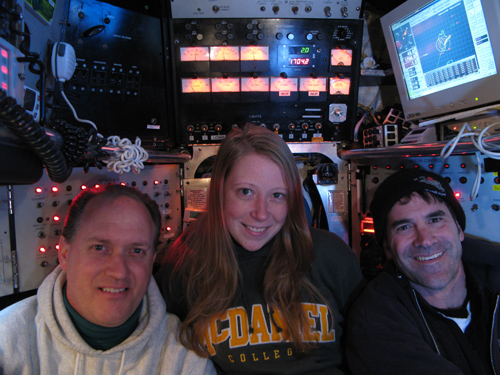 A happy twist awaited the researchers as they pieced together a picture of how the methanogens live and work.

At the low-hydrogen Endeavour site, they found that a few hyperthermophilic methanogens eke out a living by feeding on the hydrogen waste produced by other hyperthermophiles.

“This was extremely exciting,” says Holden. “We’ve described a methanogen ecosystem that includes a symbiotic relationship between microbes.” 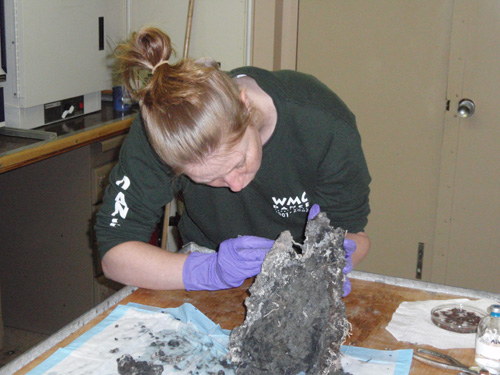 The research was also supported by the NASA Astrobiology Institute and the National Oceanic and Atmospheric Administration.