Researchers from North Carolina State University have for the first time integrated a material called bismuth ferrite (BFO) as a single crystal onto a silicon chip, opening the door to a new generation of multifunctional, smart devices.

BFO has both ferromagnetic and ferroelectric properties, meaning that it can be magnetized by running an electric current through the material. Potential applications for BFO include new magnetic memory devices, smart sensors and spintronics technologies.

“This work means we can now look at developing smart devices that can sense, manipulate and respond to data more quickly because it all happens on one chip – the data doesn’t need to be relayed elsewhere,” says Dr. Jay Narayan, John C. Fan Distinguished Chair Professor of Materials Science and Engineering at NC State and senior author of a paper describing the work. 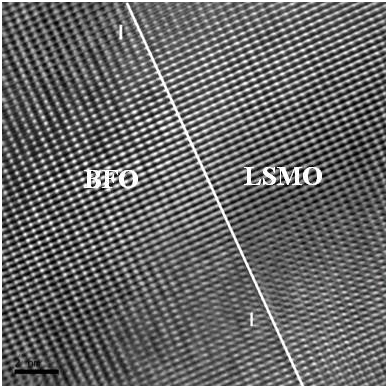 The researchers also found that they can switch the polarity of the BFO’s magnetic field with as little as four volts, which is comparable to the voltage needed in existing integrated circuits. This is a key to developing functional technologies because higher voltages and fields are impractical and use more energy, which could damage and disrupt electronic functions.

The research was supported by the NRC and by U.S. Army Research Office grant number W911NF-04-D-0003.