Over 50 percent of the population in the United States and over 60 percent in the world live in coastal areas. Rapidly growing human populations near the ocean have massively altered coastal water ecosystems.

One of the most extensive human stressors is the discharge of chemicals and pollutants into the ocean. In the Southern California Bight, more than 60 sewage and urban runoff sources discharge over 1 billion gallons of liquid on a dry day with the two largest sources of contaminants being sewage from municipal treatment plants and urban runoff from highly modified river basins. 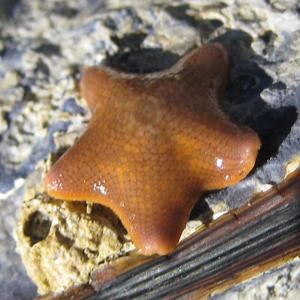 These discharges transport large loads of known and unknown contaminants including heavy metals, chlorinated hydrocarbons, petroleum hydrocarbons, nutrients, and bacteria, that have shown to be toxic to marine life, including both adult and larval (early development) stages.

Most marine organisms such as sea stars (starfish) do not move among locations as adults; instead juveniles swim in the plankton before settling onto the sea floor and growing into a sedentary adult. Despite the known toxicity of terrestrial discharge, no one had investigated if it is limiting dispersal of marine larvae between populations along urban coastal areas.

Researchers at UH Mānoa’s Hawaiʻi Institute of Marine Biology (HIMB) examined the genetic structure of a common, non-harvested sea star using a spatially explicit model to test whether the largest sewage discharge and urban runoff sources were affecting the genetic structure of this species. They found that these large pollution sources are not only increasing genetic differentiation between populations (presumably by limiting the dispersal of larvae between them) but also decreasing the genetic diversity of populations closest to them. In short, human beings are directly affecting the ecological and evolutionary trajectory of a species that is relatively free of any direct human impacts. 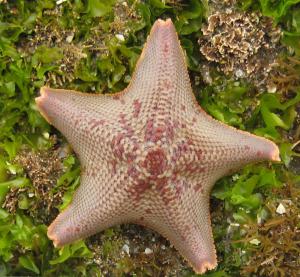 UH Mānoa PhD student Jon Puritz led the investigation, and when asked about the recent discovery said, “This study changes the scale at which we thought human beings can affect non-harvested marine species. These results have the potential to change the way anthropogenic factors are incorporated into marine reserve design and ecosystem-based management.” Co-author and HIMB assistant researcher  Dr. Rob Toonen added, “This species was previously shown to have well-connected populations from Southern California to Southern Canada, but now we see that these urban runoff plumes in the Los Angeles area are a more significant hurdle for the microscopic larvae to cross than the remainder of the Pacific coast of the U.S.”

The full research report by Puritz and Toonen is published in the online journal Nature Communications  available at: https://www.nature.com/ncomms/journal/v2/n3/full/ncomms1238.html.