Questions for B. Anthony Bogues: Center for the Study of Slavery and Justice

Created on recommendation of the 2006 Report of the Brown University Steering Committee on Slavery and Justice, the new Center for the Study of Slavery and Justice will expand upon the work of that committee, creating a space for student and faculty research and public discussion of the history and legacies of these issues. Here, inaugural director B. Anthony Bogues shares his vision for the Center.

PROVIDENCE, R.I. [Brown University] — In 2003, a University steering committee undertook a three-year project on slavery and justice. One of the committee’s recommendations was the creation of a center that would continue to expand upon that work. Earlier this year, Anthony Bogues was named director of the new center. He is hiring staff and finding the center a permanent home on campus, which he expects to have within the next two years. For now, the Center will be located in Alumnae Hall.

Part of the center’s mission will be to act as a public forum for the discussion of the history of slavery and its legacy. On Wednesday, Oct. 3, the center and the Office of the Dean of the College will sponsor the 2012 First Readings Lecture, which will take place at 5 p.m. in the Salomon Center for Teaching. Author Charles Rappleye will discuss his book Sons of Providence: The Brown Brothers, the Slave Trade and the American Revolution. 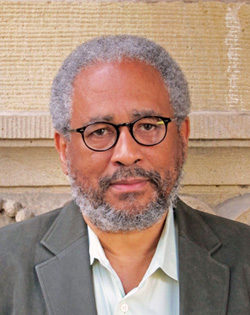 Under the First Readings program all entering first-year students read Rappleye’s book last summer and reflected on it in a letter to their advisers. During Orientation Weekend, students gathered to discuss the book in small seminar groups led by faculty members and President Christina Paxson. The First Readings Lecture is free and open the public and will also be livestreamed at brown.edu/web/livestream. More information about First Readings is online at library.brown.edu/firstreadings.

Bogues, the Harmon Family Professor of Africana Studies at Brown University, talked to Courtney Coelho about his plans and vision for the center and why, 150 years after its abolishment in the United States, the topic of slavery is still very much a contemporary issue.

Why is the formation of an actual center so important?

First, the center is a result of a recommendation by a major committee of the University. It’s important to carry out a recommendation that has been made and that the University community has agreed upon. Secondly, intellectually, the center becomes important because it allows Brown and the community to ask some really huge historical and contemporary questions that confront the world. These are questions about slavery and the shaping of the modern world; the ways in which the legacies of racial slavery in the Americas has shaped American society. Additionally, there are issues around the matter of justice and, in general, of historical injustices that have occurred not just in the United States but elsewhere. The center allows us to examine how we can think about those questions of injustice today. These are really important questions and issues that any major university has to deal with and hopefully, with the center, we will be able to have a forum for debate, discussions, rigorous research, and study of those questions, which can, in turn, contribute to national and international debate on these issues.

How will the Center be used by students and faculty?

It’s a scholarly center, so it will be primarily research-based. It will have a relationship to the undergraduate program: We hope to have undergraduate fellows and undergraduate students working at the center. We hope to have a freshman seminar on slavery. The center will have graduate fellows, postdocs, and visiting scholars working on different projects. We will also encourage Brown faculty to submit research proposals related to slavery and justice. And then it will have a public focus, a public face in which we will open the center for public forums and speakers and intervene, as scholars should, in international and national debates.

How would you sum up the mission of the center?

What are your short-term and long-term visions for the center?

My short-term vision is really to begin to institutionalize the center, not just getting a building and staff, which is very important, but also working to make the center central to the intellectual and scholarly enterprise of the University. My long-term vision is to really make the center a very important international site for the discussion of the issues that historically have to do with slavery and that have to do with contemporary forms of justice and injustice. I really want it to have an international presence and I think it will because it will be unique. There are many centers for the the study of slavery, but there’s no center for the study of slavery and justice.

Some people might not think of slavery as a contemporary issue. Why is it still relevant and important to study?

Slavery was only abolished with the Emancipation Proclamation in 1863 and finally made illegal with the 13th Amendment in 1865. That’s actually not so long ago in terms of human historical time. It was an institution which shaped some of the the fundmental contours of this country; therefore it has had long-term effects. And some of those effects were only dealt with in 1965 with the passage of certain laws. Now while laws are important and can create new ground, they do not always get to the core of a wrong done. So a wrong that infuses the entire working of society, while it can be attenuated by law, oftentimes requries other actions. To think that slavery is so far gone, in some distant past, that it has no effect on our lives today is not quite accurate. A society is not just a bundle of its present relationships, it’s also shaped by its past. In the case of racial slavery we need to ask ourselves: What forms of domination exist which draw from how racial slavery was structured? How are legacies sedimented in societies and how can we deal with them? The question of the past is never just a question of the past; the question about the past is really a question of the present. You can choose to ignore the past and make the same mistake again, or you can think about the past and its relationship to the present and you can think about the legacies and how you confront those traces, those sediments that continue to haunt us today, like specters.

And the question of injustice is also very much a contemporary one. There are many types of injustices. What is interesting in terms of the work of the center is to think about the different forms of servitude today and how they relate to forms of justice. There is an intimate relationship between justice and a wrong that is well-known; one of the things which the history of slavery has also shown us is that there is a very necessary relationship between slavery and freedom. The center will hopefully encourage discussion and debate around this as well.