Two UA journalism professors have interviewed Mexican journalists along to U.S.-Mexico border to determine how drug cartels affect news reporting in the area.

Two researchers in the University of Arizona School of Journalism have traveled the length of the U.S.-Mexico border interviewing 39 Mexican journalists to find out how the drug cartels are affecting what news people receive.

Professors Celeste González de Bustamante and Jeannine Relly have found that the killing of Mexican journalists (more than 80 in the past few decades) by the cartels, particularly since 2006, is causing journalists to exhibit post-traumatic stress disorder symptoms and nervous breakdowns. Said one: “I wake up at night seeing the dead, smelling the death, and shaking and crying. I try to forget.”

Among the journalism professors’ other findings: 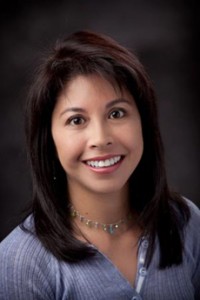 Relly and González de Bustamante will discuss their findings on Oct. 11 at a public forum titled “Journalists Under Fire: Bullets, Censorship, and Coercion Along the Mexican Border,” which begins at 7 p.m. in the Aerospace and Mechanical Engineering Building, Room 202.

The two journalism professors will be joined by Rocío Gallegos and Sandra Rodríguez, who both worked as investigative reporters for the newspaper El Diario de Júarez. The School of Journalism is honoring the two reporters with the John Peter and Anna Catherine Zenger Award, which recognizes journalists dedicated to the ideals of freedom of the press and the people’s right to know.

Gallegos works as the paper’s news coordinator, specifically focusing on drug trafficking and the murder of women. Rodríguez has covered everything from immigration to urban growth and crime to maquiladoras.

Publishing in Ciudad Juárez, just across the border from El Paso, Texas, the newspaper has challenged the information crackdown spurred by growing violence among drug cartels. Since 2008, two of the newspapers’ staff members have been killed, yet El Diario continues to publish critical investigative reports, said González de Bustamante, who nominated the reporters for the award. 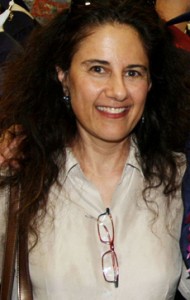 In 2011, Columbia University awarded the El Diario news team the Maria Moors Cabot Award, one of the oldest, international journalism prizes. Gallegos and Rodríguez also have received the Knight Award from the Center for International Journalists, among others.