REDMOND, Wash. – June 6, 2012 – Eagerly awaiting the launch of Pottermore (www.pottermore.com), the website based on the popular Harry Potter stories, Brittany Talbot and her sister, Priscilla, raced to sign up when the site went live on April 14, 2012.

They weren’t alone. Within hours, thousands of Harry Potter fans were flooding the site and just two weeks after the Pottermore website went live, it received one billion page views, making it one of the most popular sites on the Web. To date, 10 million unique visitors have visited the site, with 25,000 new users signing up every day.

With Harry Potter one of the largest entertainment phenomena of all time, fans of all ages couldn’t wait to experience the world-famous stories, social, and interactive experiences the site offered. “I like being able to go up there and do potions and spells, and walk around where Harry was,” Brittany says. “I read the first book in the first week because I was so excited.” 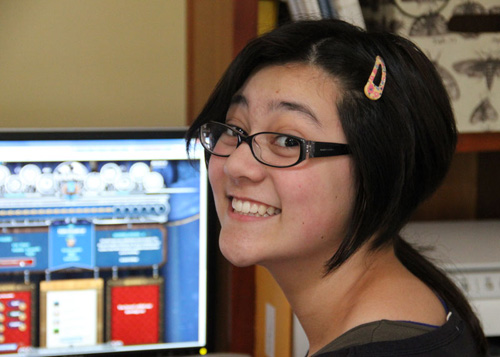 Harry Potter Fan Brittany Talbot. Brittany Talbot and her sister, Priscilla, raced to sign up when the Pottermore site went live in April, 2012. “I like being able to go up there and do potions and spells, and walk around where Harry was," Brittany says. Image credit: Microsoft

To accommodate the massive demand, Pottermore built the website on Windows Azure, an open cloud platform that enables users to quickly build, deploy and manage applications across a global network of Microsoft-managed data centers.

“It was an unprecedented challenge, because we knew we’d go from zero to Facebook-level sign-ups in a matter of hours,” says Julian Thomas, chief technology officer at Pottermore. “The elastic solution that Windows Azure provided was exactly what we needed. We can dial up to meet the incredible demand, and dial back down as demand drops. Whatever the demand, the site continues to operate and the performance is great.”

The Pottermore website demonstrates the powerful platform Windows Azure offers for even the most challenging development projects.

The Pottermore website was the brainchild of J.K. Rowling, author of the Harry Potter novels that have become an entertainment phenomenon over the past 15 years. Rowling decided to build a website as a way to give back to her fans, who have purchased more than 450 million books and 5 billion movie tickets since the first Harry Potter book was released in 1997.

The site currently features activity and text based on the storyline of the first Harry Potter novel, additional material from J.K. Rowling, and highly interactive elements such as the ability to make comments, earn house points, learn spells, mix potions, and duel with other fans. 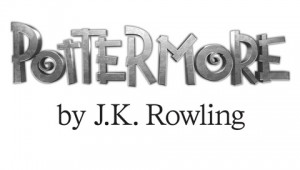 The initial site, which launched in beta in July 2011, was built using Windows Server, but Pottermore needed a different solution to meet the needs of its fan base. “Both demand for the site and the way people interacted with the site blew away our expectations,” Thomas says. “As a result, we hit a wall technically with the performance and scalability of the site.”

Pottermore decided to cap the beta at 1 million users until it could figure out a more scalable solution. “They simply did not have the database or Web capacity to manage the demand in a cost-effective manner,” says Fran Dougherty, chief technology officer for Incubation within the Microsoft Enterprise Partner Group.

In November 2011, Pottermore hired Thomas to come up with a better solution. Thomas examined several cloud-based solutions, but soon decided on Windows Azure. “One of the huge factors was the engagement of Microsoft and the Windows Azure team,” Thomas says. “The team had a lot of great ideas for how Azure could work and how to make the site successful.”

Windows Azure also provided a cloud-based testing environment that enabled Pottermore to test whether the site could scale up to meet massive demand. “Elasticity was critical,” Thomas says. “We knew there were between 2 million and 20 million Harry Potter fans who were waiting to get on the site, and we had to be ready.”

Working hand-in-hand with Microsoft, Pottermore had its new site up and running in just three months. “We had great help across Microsoft,” Dougherty says. “Anybody who had expertise and could help got pulled in to get the project done.”

On April 14, Pottermore launched the new site with just a single tweet @pottermore “we’re opening to everyone.” “Literally within minutes, the traffic started to flood in,” Thomas says. “The demand was just enormous, but the site continued to work properly, running on Windows Azure.”

For its part, Pottermore says the content on its new website is just the beginning. The company is planning to translate the site into more languages and to make it available from a variety of mobile devices. It is also working on new content and interactive experiences to accompany the launch of the second book on the site, which will again trigger a big spike in demand.

“Windows Azure is definitely the right solution for something of the scale of Pottermore,” Thomas says. “The tools with Azure are really brilliant, and they’re getting better every month. It’s clearly a platform that’s being invested in by Microsoft and by many, many others who see its potential.”

Windows Azure for Today and for the Future

“We’re seeing very strong adoption of Windows Azure,” says Bob Kelly, corporate vice president of Windows Azure Marketing at Microsoft. “We have tens of thousands of paying customers, and we have more computing power utilized on Windows Azure than the entire planet had running in 1999.”

In addition to massive scalability, Azure offers organizations the agility they need to develop new applications very quickly, Kelly says. Moreover, they can reap the economic benefits of only paying for the infrastructure that’s needed. And with the new services Microsoft is announcing this week, they’ll now have the flexibility required to build applications that can run both in the cloud and on-premise.

“Among the feedback we’ve been given is, ‘I love Windows Azure, but I want to take advantage of it faster without having to rewrite my applications,’” Kelly says. “This release builds a much stronger bridge between the on-premise and cloud environments.”

Microsoft will make Windows Azure even more flexible, open, and powerful with the release preview of several new services. The services, which will be showcased tomorrow at a one-day “Meet Windows Azure” developer event in San Francisco, are designed to simplify the development and management of applications across the public and private cloud, improve developer productivity, and expand the availability of Windows Azure to more countries.