Among other tragedies in countries with HIV epidemics, political violence can have the additional long-term consequence of an increase in viral resistance to treatment and HIV treatment failure, say the authors of a new paper in AIDS Reviews. The researchers, who have studied post-strife treatment failure and resistance in Kenya, argue that officials and health care providers need to study and prepare for how violence disrupts antiretroviral treatment and complicates the epidemic.

PROVIDENCE, R.I. [Brown University] — As Kenyan citizens negotiated the tensions following the March 4 nationwide elections, memories of the violence that followed the December 2007 vote weighed heavily for many reasons. Among those in any nation with an HIV epidemic, argue authors of a new paper in AIDS Reviews, should be the long-term damage that political conflict can do to public health by disrupting treatment and thereby promoting resistance to antiretroviral drugs and treatment failure.

“It’s the long-term consequences that make this a bigger issue,” said lead author Marita Mann, who began studying the rise of drug resistant HIV in the wake of Kenya’s 2007 strife when she was a Brown University Master of Public Health student, mentored by senior author Dr. Rami Kantor, associate professor of medicine. She is now a doctoral student at the University of Washington. “First there are the patients who are affected themselves during the conflict and may be resistant to treatment later on, but this also may lead to transmitted resistance that will be a bigger problem in the epidemic.” 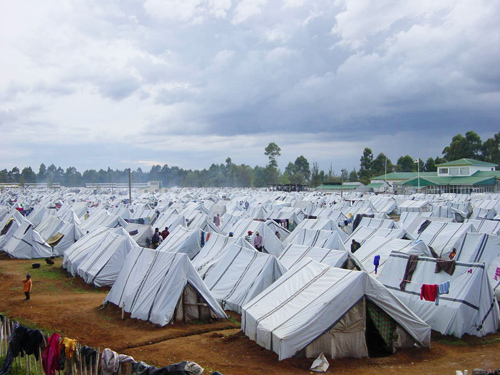 This time around in advance of the elections, Mann said, some Kenya health workers gave their patients extra supplies of medicine and papers that would help them transfer to another clinic in case they were displaced by new violence. In 2007, more than 1,000 Kenyans died and about 300,000 were displaced.

But many policymakers and health officials in HIV- and strife-ridden nations have not recognized the link between disrupted treatment and the potential for increased treatment failure and viral resistance, said Kantor, who is also an infectious diseases physician at The Miriam Hospital in Providence.

The paper provides an overview, but the underlying concern is neither prospective nor hypothetical. In data they have presented at an international HIV conference but not yet published, Mann, Kantor, and colleagues from the AMPATH academic medical collaboration in Kenya found that after the 2007 violence, treatment in subjects whose drug regimens were interrupted by the conflict failed significantly more often than treatment in subjects who did not suffer a conflict-related disruption. 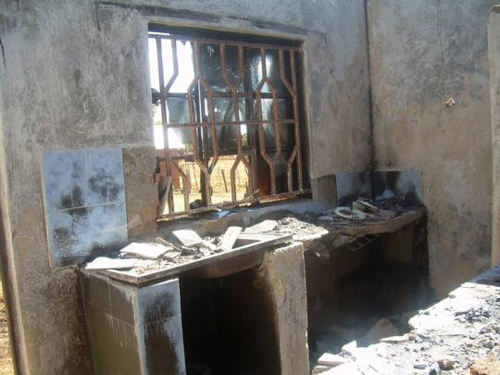 When peace and home are broken. If war or civil turmoil is imminent, public health workers in Kenya should try to provide HIV patients with additional medicine and papers in hope of sustaining them until they can find a new clinic. Image credit: Sylvester Kimaiyo/Moi University School of Medicine

HIV mutates often and research shows that as little as a single amino acid change can lead to drug resistance, the authors write. Modern “highly active” antiretroviral therapy (HAART) fights HIV with a potent mix of several drugs that attack the virus in multiple ways, successfully suppressing its replication in most patients.

When violence erupts, staying on those delicately balanced medications can become impossible. Drugs may no longer get to the clinic, patients and health care workers can become displaced, travel to the clinic can become unsafe, and patients can become profoundly depressed by the horror and tragedy around them.

After an unplanned treatment interruption takes place, the multipronged attack of HAART falls apart in an insidious fashion. Some drugs stay in the patient’s system longer than others, leaving only a partial therapy in place. That partial therapy fails to stop the virus, instead encouraging the evolution of resistant strains. When full HAART resumes, the virus is better prepared to resist it.

Different variants of the virus will show differences in their likelihood of evolving resistance after an unplanned treatment interruption, the researchers predict. 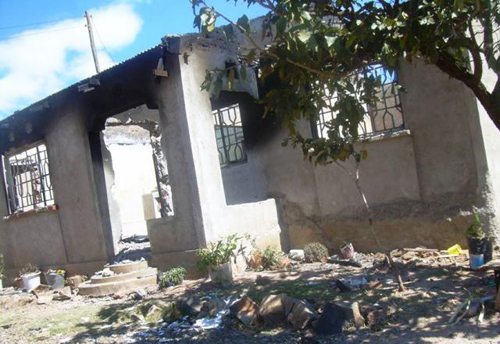 What can be done

Mann said the steps her colleagues in Kenya took in advance of this year’s elections — providing extra medicine and clinic transfer papers — were good ones to take at the level of an individual clinic, assuming they have extra doses of medicine on hand.

Similarly, Kantor said, “In the 2007 conflict AMPATH did a great job to do as much as possible to address the potential issues that we’re raising and made great efforts to reach patients to resume care as soon they could, despite the post-conflict displacement and chaos. AMPATH has undertaken similar efforts and preparations for this month’s Kenyan elections, including managing treatment stocks, on-call staff, logistical support, and participating in regional and national coordination.”

But in the paper, the authors point out that neither health care providers nor officials have much of a rigorous knowledge base to refer to in managing unplanned treatment interruptions. And many officials do not consider or plan for the problem at all.

To better inform and prepare providers and officials, not only in Kenya but in other strife-prone nations with high rates of HIV infection, authors call for further research and attention to planning.

And if political leaders and their opponents happen to need one more reason to forgo violence, they can consider how it appears to worsen the HIV pandemic among their constituents.

In addition to Mann and Kantor, the paper’s other authors are Mark Lurie, assistant professor of epidemiology at Brown, and Dr. Sylvester Kimaiyo at Moi University School of Medicine in Eldoret, Kenya, and program manager of AMPATH.

Kantor, who is research director of the Brown-Kenya program led by Dr. Jane Carter, was supported for this research by a grant from the National Institutes of Health International Epidemiological Databases to Evaluate AIDS program (U01-AI069911); grant R01-AI66922; and the Brown/Lifespan/Tufts Center for AIDS Research (P30-AI042853).