Jordanna Bailkin is a University of Washington professor of history and author of the new book “The Afterlife of Empire.” She answered a few questions about the book for UW Today.

Q: What is the central concept behind this book?

A: I wanted to understand how Britain and Britons were affected by losing their empire, and how they were changed — often in deeply personal ways — by this process of decolonization. 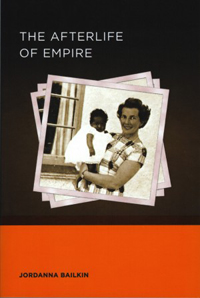 “The Afterlife of Empire” was published in November 2012 by the University of California Press. Image credit: University of Washington

Q: Why do you use what you describe as the “spectral” term “afterlife”?

A: One of the arguments of the book is that the relationships that were forged in imperial days were not necessary brought to an end when formal imperialism declined. Instead, they could be galvanized and even intensified. Ironically, decolonization often brought Britons into even closer contact with their former colonial subjects.

Q: You discuss the relationship between empire’s end and the beginnings of social welfare, stating parenthetically, “Indeed, empire’s final gasp could be said to take place in the domain of welfare.” Would you explain?

A: The rise of the welfare state and the decline of the empire are two of the stock themes of 20th-century British history. But they have always been treated as separate chapters, as if they were unrelated.

I wanted to write this book partly as a way to explore how decolonization and welfare were actually intertwined. Some of the final projects of the empire took place in the realm of development, which we might see as a distinctive form of welfare. But more specifically, I wanted to understand how some of the key domains of welfare — mental health, education, child care — were shaped by British perceptions of the demands of decolonization.

Q: You state that decolonization changed the lives of Brits whether they knew it or not at the time. How does the post-imperial Britain of the 21st century differ from the Britain that held an empire? 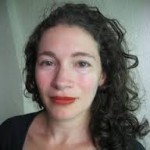 A: The history of decolonization is usually told through its diplomatic and military details, as a matter of state. But I think it’s important to remember that ordinary individuals, too, were transformed through this process. Their everyday routines, social interactions and family structures were changed by decolonization as well.Just to take one example, as Ghana and Nigeria became independent, tens of thousands of West Africans traveled to Britain for higher education. Frequently, they placed their children in private foster care arrangements with white, working-class women. There were numerous long-term effects of these deep — and deeply complicated — relationships, including different types of child care resources that were provided by the state for African and British children. This is just one of the ways in which the afterlife of empire persisted for decades, and into the present day itself.

Q: Finally, what do you hope readers will take away from this book?

A: I hope to encourage readers to think about this charged term of “decolonization,” and what it actually meant. I suggest that decolonization was taking place not only in the former colonies but also in Britain itself, where it reshaped the structures of the welfare state.

Thus, it was a process that bore intimately on the social lives and experiences of ordinary Britons and migrants. But, ultimately, rather than fixing a single definition of decolonization as a diplomatic, military, cultural or social phenomenon, my work aims to recapture the cacophony about what decolonization meant for different historical actors.