Peer support groups show promise for combating the debilitating stigma that surrounds epilepsy in much of the developing world, according to a new study led by a Michigan State University medical student.

The researchers report in the journal Epilepsy and Behavior that young people with the disease felt significantly less stigmatized after meeting regularly to discuss their illness.

While drugs are widely available to reduce epileptic seizures, the stigma and discrimination that arise from those seizures is a thornier problem, said Melissa Elafros, who is pursuing medical and doctoral degrees in MSU’s Department of Epidemiology and Biostatistics.

“In Africa a lot of people think epilepsy is contagious or associated with witchcraft,” she said. “If you’re told something often enough, you start to believe it’s true. So people with epilepsy start to internalize that stigma.” 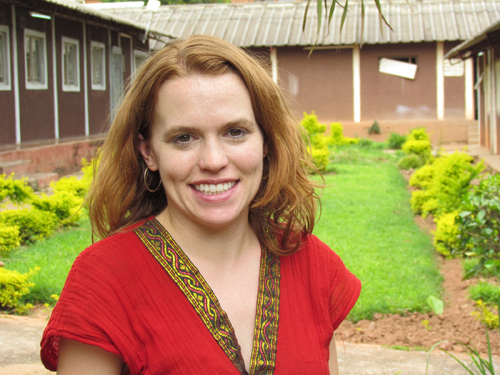 MSU medical student Melissa Elafros works to reduce the stigma associated with epilepsy and other diseases. Photo by Gabrielle Kleber.

That feeling of shame leads some people to stop seeking treatment, Elafros said. Children with epilepsy often drop out of school, and some adults stop looking for work.

Peer support groups have been shown to help with other kinds of stigma, so Elafros and colleagues decided to test the groups as an intervention for epilepsy patients.

They trained local partners to facilitate monthly meetings of support groups made up of men, women and youths from 12 to 18 years old. The meetings involved guided discussion among the participants of epilepsy-related challenges they’d faced and solutions they’d found. 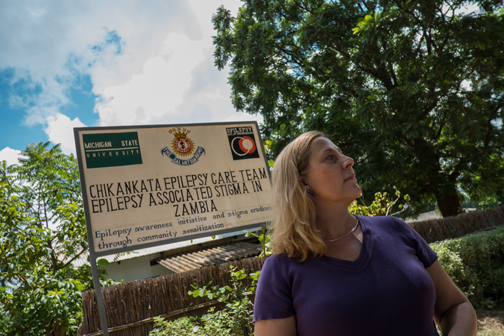 Gretchen Birbeck, MSU professor of neurology and ophthalmology, has spent two decades helping people with epilepsy in Africa. She is a mentor to medical student Melissa Elafros, who works to reduce stigma associated with the disease. Photo by Kurt Stepnitz.

After a year of meetings, an evaluation of the youths showed that they felt significantly less stigmatized. There was a trend toward improvement in felt stigma among the adults, though it was not statistically significant.

“It could be that adults have just learned to cope with things as they are,” Elafros said. “Or adults may need some larger intervention than that.”

Still, the findings offer a much-needed glimmer of hope after decades in which several studies described the problem of epilepsy-related stigma but few systematic interventions were aimed at fixing it.

“This shows we can finally do something for people with epilepsy,” she said. “The idea that you could intervene in a teenager’s life and help them better cope with a condition they may have for the rest of their life, I think that’s really quite significant.” 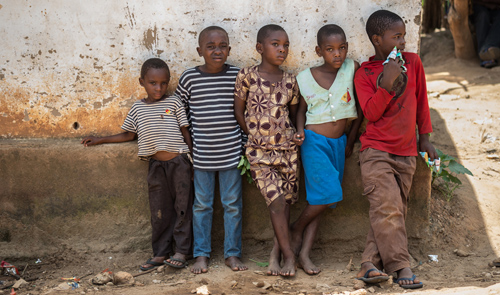 Children in the village of Chikankata, Zambia, where Melissa Elafros is working with Gretchen Birbeck to treat and help erase the stigma of epilepsy. Image credit: Michigan State University

Elafros was funded by the National Institutes of Health and mentored by MSU’s Gretchen Birbeck, a professor of neurology and ophthalmology who’s been working on epilepsy in Africa for two decades. For more on their work to help people with epilepsy in Africa, visit Spartans Will. 360.