Not a One-Way Street: Evolution Shapes Environment of Connecticut Lakes

Yale University researchers found a prime example of this evolutionary feedback loop in a few lakes in Connecticut, where dams built 300 years ago in Colonial times trapped a fish called the alewife.

In a study published May 23 in the journal Proceedings of the Royal Academy B, the Yale team describes how this event fundamentally changed the structure of the alewife and, with it, the water flea that the alewife feeds upon and the food chain that supports them both. 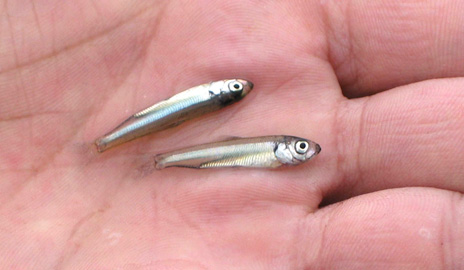 “People have long accepted that ecology shapes evolution, but it has been less clear how evolution can shape our ecology, and do so in a relatively short time frame,” said David Post, professor of ecology and evolutionary biology and senior author the paper. “In this case, we see a cascade of evolution that was propagated throughout the food web within the last three centuries.”

And evidence can be seen in relative clarity of the state’s lakes during the spring.

Up and down the Atlantic coast, alewife swim to fresh water lakes to spawn every spring before returning to the ocean in the fall. They voraciously feed upon large plankton and the water fleas Daphnia, which are also main consumers of small plankton and algae. In these lakes, there is intense predation by alewives for Daphnia, which reproduce quickly and in huge numbers. These water fleas quickly consume the algae, which leave the waters of these lakes clear in the spring.

However, in lakes created by the dams of Colonial settlers, the water is much less clear in the spring. The Yale study explains why: Since the alewife cannot migrate, it must eat plankton year round, year after year. Evolution favored fish with smaller mouths and a different gill structure, which make it easier for them to feed upon small plankton common in lakes. These evolutionary changes in the alewife also caused evolution in Daphnia, which no longer need to reproduce quickly in massive numbers. As a result, these lakes are more cloudy because water fleas eat less algae. 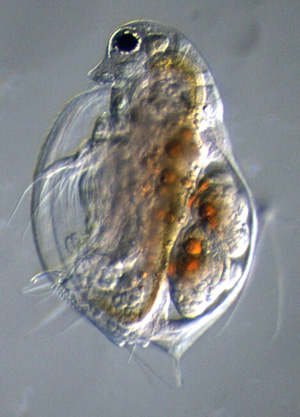 Here, evolutionary interactions between a predator and prey determine the ecology of these lakes, note the researchers.

“Natural selection favored survival of fish with smaller mouths and gills with filters more closely spaced that helped them harvest the smaller plankton,” said Matthew R. Walsh, professor of ecology and evolutionary biology and lead author of the paper. “This, in turn, drove genetic changes in the rates of population growth of Daphnia, and these two changes then determine amount of algae present in lakes.”

Post estimates these evolutionary changes in alewife probably happened within 50 to 100 years of the damming of the Connecticut lakes. 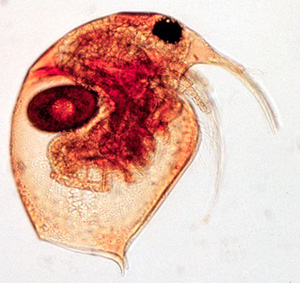 Other Yale affiliated authors are John DeLong and Torrance Hanley.