Global food demand could double by 2050, according to a new projection reported this week in the journal Proceedings of the National Academy of Sciences (PNAS).

Scientists David Tilman and Jason Hill of the University of Minnesota (UMN) and colleagues found that producing the amount of food needed could significantly increase levels of carbon dioxide and nitrogen in the environment, and may cause the extinction of numerous species.

These problems can be avoided, the researchers say, if the high-yielding technologies of wealthier nations are adapted to work in poorer nations, and if all countries use nitrogen fertilizers more efficiently. 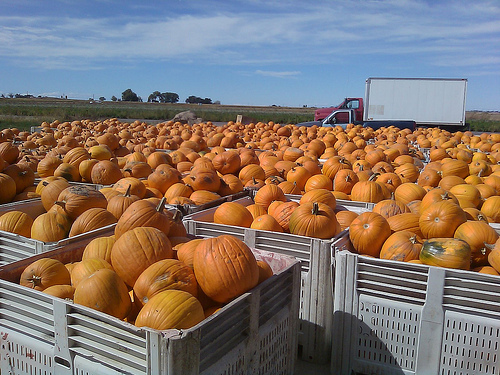 Crop yields for wealthier vs. poorer nations were more than 300 percent higher in 2005. Image credit: USDA

In their paper, the scientists explore various ways of meeting the demand for food, and their environmental effects.

The options, they found, are to increase productivity on existing agricultural land, clear more land, or a combination of both.

They also consider various scenarios in which the amount of nitrogen use, land cleared, and resulting greenhouse gas emissions differ. 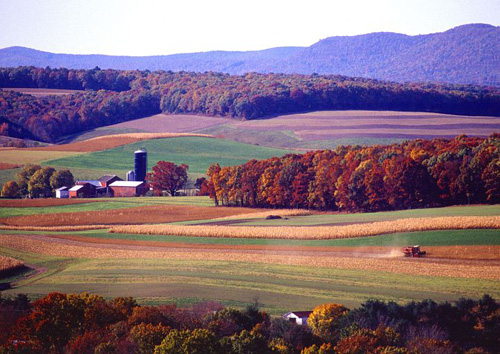 “These assessments show that agricultural intensification, through improved agronomic practices and technology transfer, best ensure the latter with minimal costs to the former,” Twombly said.

“The results challenge wealthy nations to invest technologically in underyielding nations to alter the current global trajectory of agricultural expansion,” she believes. “Identifying the economic and political incentives needed to realize this investment is the critical next step.”

The environmental effects of meeting the demand for food depend on how global agriculture expands. 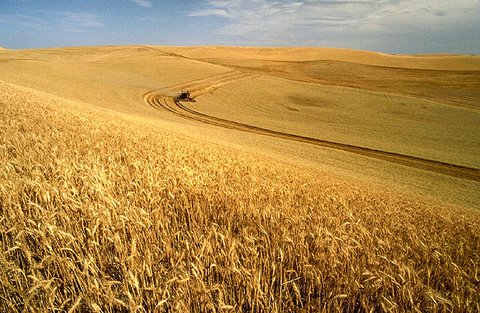 The research shows that adopting nitrogen-efficient “intensive” farming can meet future global food demand with much lower environmental effects, vs. the “extensive” farming practiced by many poor nations, which clears land to produce more food.

The potential benefits are great, the researchers believe.

“Strategically intensifying crop production in developing and least-developed nations would reduce the overall environmental harm caused by food production, as well as provide a more equitable food supply across the globe,” said Hill.

“Our analyses show that we can save most of the Earth’s remaining ecosystems,” said Tilman, “by helping the poorer nations of the world feed themselves.”

Scientists Christian Balzer of the University of California Santa Barbara and Belinda Befort of UMN are also co-authors of the paper.