He wanted to work at Microsoft.

At the time Liu was a graduate student at Carnegie Mellon’s School of Design. He had joined classmates from the business and engineering schools to compete in Microsoft Firenze BXT – BXT standing for business, user experience and technology – which brings together multidisciplinary teams from top universities to tackle real-world problems facing Microsoft product groups.

Heading into the competition, Liu – a design major – didn’t think that the Microsoft name screamed great design. Then his team read the case study outlining their challenge: “How will people connect, share, and participate in mainstream entertainment as it evolves and new technologies become mainstream?”

When Liu’s business school teammates asked him to take the lead on developing their idea, a light bulb went off. He said he realized that Firenze – and Microsoft – really did put a premium on design.

“After I joined the competition, it was pretty eye-opening,” said Liu, now a junior strategic designer at Microsoft. “I thought, ‘you know what? These guys do get design.’” 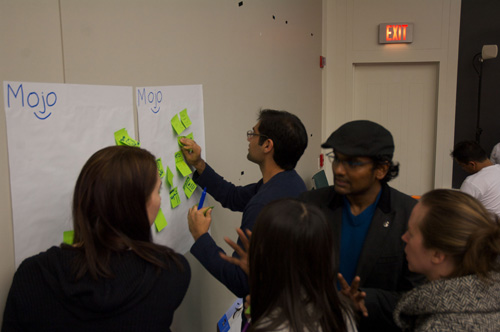 Liu’s story gets at the heart of Firenze’s BXT philosophy, which refers to the interplay of business, user experience and technology that is essential to innovation at Microsoft, said Pradeep U.N., program director for the Firenze program. By bringing together these three disciplines, the company wants to introduce students to the way innovation happens in the real world.

“We hope it transcends a competition and lets them realize that Microsoft is about collaboration across disciplines and getting things done in a very quick manner, while still having an impact that will change the world,” Pradeep said. “Fundamentally, we want them to know that Microsoft is about you realizing your full potential, and that’s it.”

This weekend, teams from Carnegie Mellon University, Cornell University, New York University, University of Michigan, and Ohio State University will descend on Microsoft’s Redmond campus for the finals of Firenze BXT 2011. For six weeks, 256 students have competed to represent their schools in Redmond, where they’ll vie for a $20,000 grand prize. They’ll be greeted by dozens of Microsoft volunteers who help run the contest, including executives who will work with the teams and ask tough questions every step of the way. 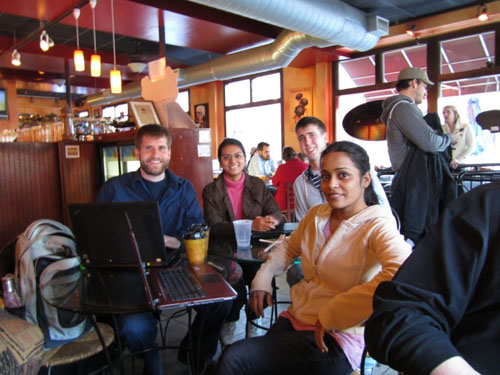 Each team will have at least one student from their university’s business, engineering and design schools. Pradeep said the three disciplines often are siloed at universities, and the Firenze program tries to bring down some of those walls. “It’s a proxy for how things work in the real world, and we do that by giving them problems that we’re facing and inviting them to invent the future with us,” he said.

Pradeep started the competition about five years ago, not long after joining Microsoft. He had just taken a trip to Florence, Italy (Firenze in Italian), where he was surrounded by Renaissance works by Michelangelo, Donatello, and other masters. He reflected on how that small city quickly led European art and innovation. What happened, he said, was that the Medici family, which ruled Florence, brought together Europe’s greatest thinkers in business, art and technology.

“I thought the company could recreate that same environment and create a huge impact on the world again,” he said.

And so Firenze was born. Although student participation has grown over the years, only a handful of universities can participate. That’s because very few of them have engineering, business and design schools on the same campus, “which is shocking, considering that you need all three dimensions to have innovation happening,” Pradeep said.

Even at universities that do have all three, the students rarely mix. When Subha Rangarajan, an MBA student at Ohio State University, lobbied Microsoft to bring the Firenze competition to her campus, she had never talked to anyone outside of the business school. That changed after Pradeep agreed to bring the competition to Ohio State. Subha set up a networking event where students from the different schools could meet and form teams. She picked her team, which will represent the university this weekend, solely based on their level of interest.

“We are so siloed at school,” she said. “We are all business people sitting in an economics or finance class thinking the same thing. But there’s a world beyond that.”

Subha explored that world as she and her teammates shared their perspectives and debated their approach. She said she’s enjoyed the multidisciplinary work so much that it’s changed her career path. She recently signed up for a course in product innovation, and ultimately she hopes to lead diverse thinkers trying to develop new products and services that impact people’s lives.

“We need to find this middle ground where creativity is respected at the same time you’re looking through the business and technology lens and making it feasible,” she said. “It’s a challenge. I wouldn’t say I’ve mastered it, but I would definitely say Firenze has had a big influence on my thinking.”

In the end, that’s the goal behind Firenze, Pradeep said. “Microsoft is not just about technology, it’s about people,” he said. “It’s because of the people we have here that we can create new technologies and make a difference in the world. So when I see NYU students at Firenze taking a Microsoft technology like Kinect Avatar and using it to tackle autism, I say that’s exactly why I started Firenze: to inspire students to do new things, things we never dreamed but have inspired.”