COLUMBIA, Mo. – Conservation of a protected or endangered species requires frequent monitoring and the dynamic techniques biologists utilize to ensure the survival of threatened animals. Often, scientists study biodiversity at all levels—from genes to entire ecosystems. Currently, researchers at the University of Missouri are employing genotyping to study movement patterns of African forest elephants in protected and unprotected regions of Gabon to better understand how human occupation of these areas might affect elephants on the African continent. Genotyping is helping conservation biologists determine the best course of action to ensure biodiversity and the preservation of various species in the U.S. and abroad.

“Many times, analyzing dangerous animals with a hands-on approach is risky, so genetic samples and traces collected through hair samples, fecal samples, and other noninvasive means offer a safer technique to examine species,” said Lori Eggert, associate professor of biological sciences in the College of Arts & Science at MU. “In Africa, protected areas are often designed around sites that support endangered species such as large mammals. We were tasked with studying elephants outside a protected region in an area that includes humans, oil-drilling platforms and disturbances by machinery. We examined population structure, movement patterns, and habitat use by sex and age group. We also studied how the elephants moved between the protected regions and the unprotected regions during wet and dry seasons.” 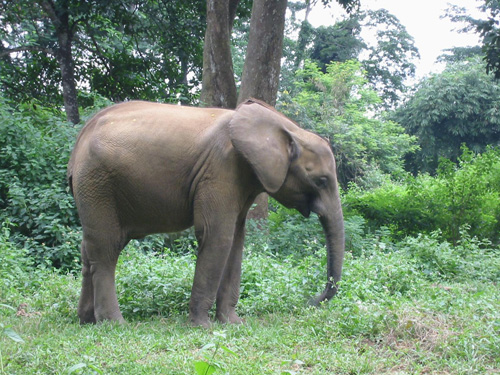 Between 2002 and 2011, the population of Central African forest elephants declined by 62 percent and their geographic range decreased by 30 percent. The largest remaining concentration of this species, approximately 53,000 individuals, is in Gabon where officials have established 13 national parks designated as habitats for elephants. Eggert and fellow researchers from the Smithsonian Conservation Biology Institute (SCBI), as well as other international scientists, were tasked with determining movement between two of the parks that were separated by an unprotected area and how the elephants migrated between them. What the scientists found was that the interconnected region not designated as a national park provides year-round habitat for elephants and is important to the conservation of the species. 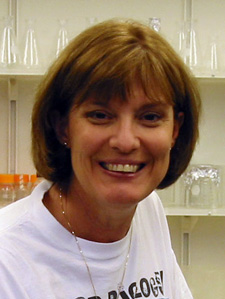 Lori Eggert. “Genotyping is helping conservation biologists determine the best course of action to ensure biodiversity and the preservation of various species in the U.S. and abroad,” Eggert said. Image credit: University of Missouri

“We discovered that elephants tend to use the unprotected area as much as they do the protected parks,” said Eggert. “A resident population exists in the unprotected area, even though drilling occurs there and humans are present. Some of the elephants seem to consider this their home range and, instead of moving back and forth between the national parks, they inhabit the unprotected area during the rainy and dry seasons. What perhaps is most important is that a relatively large number of females inhabit this area, making this region much more important than we first realized.”

Eggert’s fellow researchers collected samples from elephant droppings in the unprotected area and in the national parks, and sent more than 1,000 samples back to Eggert and her lab team who extracted DNA and genotyped them at the SCBI and at MU. She and her colleagues detected more than 500 elephants in the unprotected area during both the wet and dry seasons suggesting that region supported a resident population.

“Elephants are considered to be a ‘keystone’ species, or a species that is especially important to the health of ecosystems in Africa,” Eggert said. “We’re all affected by the health of the forests in Africa, Central America and here in the U.S. The fact that elephants are surviving in a place where drilling for oil is happening is exciting and gives us a glimpse at how to study species in our own country.”

Eggert said the work she and her team conducted with elephants in Africa involves methods used to study species worldwide. Her lab recently worked with the Missouri Department of Conservation to analyze black bears in Missouri and Arkansas, and also has collaborated on the analysis of otters and hellbenders in Missouri rivers.

Her study, “Using genetic profiles of African forest elephants to infer population structure, movements, and habitat use in a conservation and development landscape in Gabon” was published in Conservation Biology in collaboration with Jesus Maldonado, Alfonso Alonso, Rob Fleischer and Francisco Dallmeier with the Smithsonian Institution and colleagues at the University of Groningen, the University of Oxford and the Centre National de la Recherche Scientifique et Technologie in Libreville, Gabon.