*Research is a step toward understanding cause of autism*

COLUMBIA, Mo. – The face and brain develop in coordination, with each influencing the other, beginning in the embryo and continuing through adolescence. Now, University of Missouri researchers have found distinct differences between the facial characteristics of children with autism compared to those of typically developing children. This knowledge could help researchers understand the origins of autism.

“There is no clear answer about whether autism is caused by genetics or by environmental influences,” said Kristina Aldridge, lead author and assistant professor of anatomy in the MU School of Medicine and the Thompson Center for Autism and Neurodevelopmental Disorders. “If we can identify when these facial changes occur, we could pinpoint when autism may begin to develop in a child. Knowing that point in time could lead us to identify a genetic cause, a window of time when the embryo may be susceptible to an environmental factor, or both.” 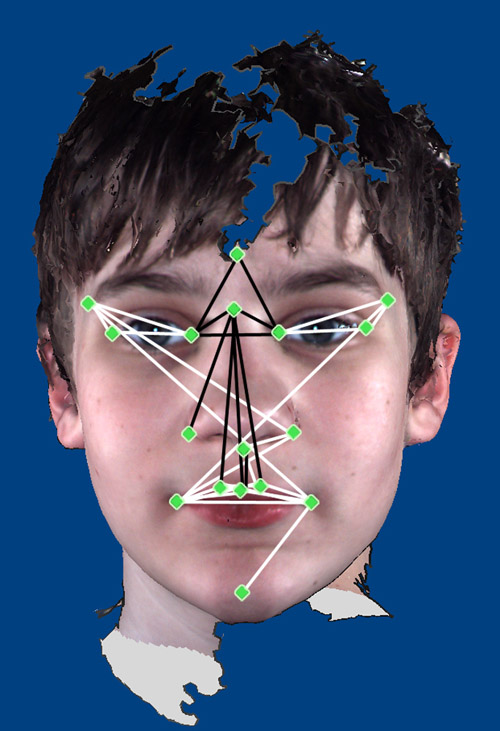 Aldridge mapped 17 points on the face, such as the corner of the eye and the point of the nose, and then calculated the distances between each of the points to determine if there were differences in the shape of the face. Image credit: University of Missouri

Aldridge and colleagues found the following distinct differences between facial characteristics of children with autism and those of typically developing children:

She says these are subtle differences that will enable researchers to further study people with autism spectrum disorders. 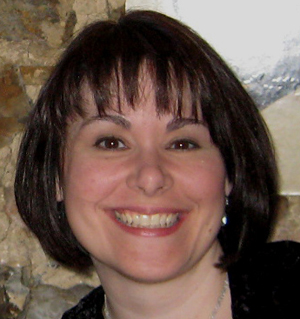 Kristina Aldridge, an assistant professor of anatomy at MU, has found differences in the facial characteristics of children with autism. Image credit: University of Missouri

Aldridge analyzed 64 boys with autism and 41 typically developing boys aged eight to 12 years old, using a camera system that captures a 3-D image of each child’s head. Then, she mapped 17 points on the face, such as the corner of the eye and the divot in the upper lip. When Aldridge calculated the overall geometry of the face using these points, and compared children with autism and typically developing children, she found statistically significant differences in face shape.

“This research would not be possible without the children and their families that participated,” Aldridge said. “Their help is key to advancing research and helping us better understand autism, and how to develop better treatments. We are also indebted to the University of Missouri’s Thompson Center for Autism and Neurodevelopmental Disorders for their support of this project and the care it provides for children with autism and their families in Missouri.” 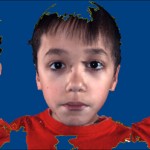 About the image: The MU researchers used a camera system that simultaneously captured four images to create a 3-D model of each child’s head. Image credit: University of Missouri