Study methods may help with future interpretation of evolutionary history.

COLUMBIA, Mo. – The Cambrian Period is a time when most phyla of marine invertebrates first appeared in the fossil record. Also dubbed the “Cambrian explosion,” fossilized records from this time provide glimpses into evolutionary biology when the world’s ecosystems rapidly changed and diversified. Most fossils show the organisms’ skeletal structure, which may or may not give researchers accurate pictures of these prehistoric organisms. Now, researchers at the University of Missouri have found rare, fossilized embryos they believe were undiscovered previously. Their methods of study may help with future interpretation of evolutionary history.

“Before the Ediacaran and Cambrian Periods, organisms were unicellular and simple,” said James Schiffbauer, assistant professor of geological sciences in the MU College of Arts and Science. “The Cambrian Period, which occurred between 540 million and 485 million years ago, ushered in the advent of shells. Over time, shells and exoskeletons can be fossilized, giving scientists clues into how organisms existed millions of years ago. This adaptation provided protection and structural integrity for organisms. My work focuses on those harder-to-find, soft-tissue organisms that weren’t preserved quite as easily and aren’t quite as plentiful.” 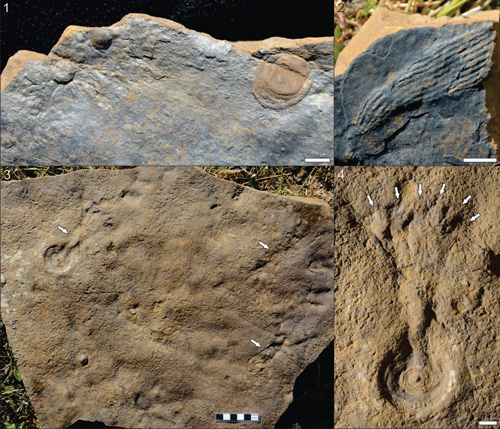 Schiffbauer and his team, including Jesse Broce, a Huggins Scholar doctoral student in the Department of Geological Sciences at MU, now are studying fossilized embryos in rocks that provide rare opportunities to study the origins and developmental biology of early animals during the Cambrian explosion.

Broce collected fossils from the lower Cambrian Shuijingtuo Formation in the Hubei Province of South China and analyzed samples to determine the chemical makeup of the rocks. Soft tissue fossils have different chemical patterns than harder, skeletal remains, helping researchers identify the processes that contributed to their preservation. It is important to understand how the fossils were preserved, because their chemical makeups can also offer clues about the nature of the organisms’ original tissues, Schiffbauer said.

“Something obviously went wrong in these fossils,” Schiffbauer said. “Our Earth has a pretty good way of cleaning up after things die. Here, the cells’ self-destructive mechanisms didn’t happen, and these soft tissues could be preserved. While studying the fossils we collected, we found over 140 spherically shaped fossils, some of which include features that are reminiscent of division stage embryos, essentially frozen in time.” 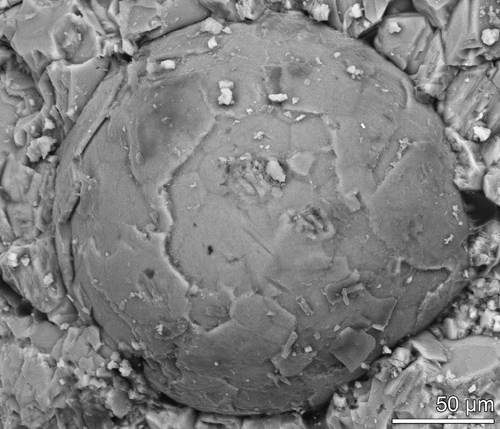 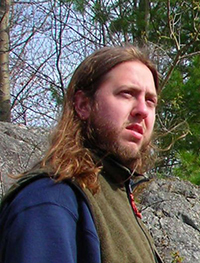 James Schiffbauer. Schiffbauer and his team found rare, fossilized embryos they believe were undiscovered previously. Their methods of study may help with future interpretation of evolutionary history. Image credit: University of Missouri

The fossilized embryos the researchers found were significantly smaller than other fossil embryos from the same time period, suggesting they represent a yet undescribed organism. Additional research will focus on identifying the parents of these embryos, and their evolutionary position.

Schiffbauer and his colleagues published this and related research in a volume of the Journal of Paleontology which he co-edited. The special issue, published by the Paleontological Society, includes several papers that analyze fossil evidence collected worldwide and includes integrated research focusing on this time frame, the Ediacaran–Cambrian transition. Schiffbauer and Broce’s research, “Possible animal embryos form the lower Cambrian Shuijingtuo Formation, Hubei Province, South China,” was funded by the National Science Foundation.