This “structural inequality” is not necessarily a product of racism, argues sociologist Stephen Gasteyer, but rather the result of whites fleeing urban areas and leaving minority residents to bear the costs of maintaining aging water and sewer infrastructure. 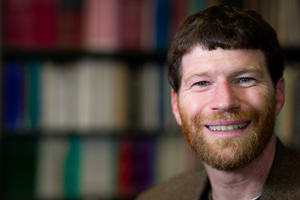 “This study demonstrates a disturbing racial effect to the cost of basic services,” said Gasteyer, assistant professor of sociology. “People of color have the fewest opportunities to leave urban centers and are left to pay for the crumbling legacy of a bygone economic era.”

The findings by Gasteyer and Rachel Butts will appear in an upcoming issue of the research journal Environmental Practice.

Detroit is the “poster child” for this problem, Gasteyer said. The city has lost more than 60 percent of its population since 1950, and the water and sewer infrastructure is as much as a century old in some areas. Billions of gallons of water are lost through leaks in the aging lines every year, and the entire system has been under federal oversight since 1977 for wastewater violations.

“A fair proportion of Detroit’s large low-income population cannot afford the burden of rate increases meant to offset infrastructure repairs, leading to tens of thousands of customers getting their water turned off every year,” Gasteyer said.

Water and sewer lines are aging throughout the country. According to the U.S. Environmental Protection Agency, hundreds of billions of dollars will be needed to repair deteriorating systems over the next 20 years.

Paying for those upgrades likely will be a major issue in shrinking cities such as Cleveland, Pittsburgh, St. Louis, Birmingham, Ala., and many others, Gasteyer said.

“Everything is wearing out, and we are going to have to grapple with how we pay for these so-called liquid assets that need to be upgraded,” Gasteyer said. “At the same time, we need to be cognizant of who may be paying an unsustainable burden as those rates go up.”