*Microsoft today awarded grants to six organizations that help veterans and their spouses find jobs. The grants were part of the company’s Elevate America Veterans Initiative, a series of training and placement programs.*

The company announced today the grant recipients of its Elevate America Veterans Initiative, a series of training and placement programs to help give veterans and their families the skills and resources they need to succeed in today’s work force. Six nonprofits that work with veterans and their spouses will share $2 million in cash and up to $6 million in software and information technology skills training curriculum. 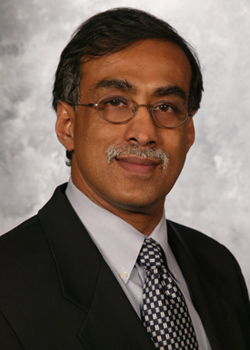 The announcement, made one day prior to Veterans Day in the U.S., comes as veterans of the Iraq and Afghanistan wars return home to an unemployment rate higher than the national average, which stubbornly holds steady at 9.6 percent, said Akhtar Badshah, Microsoft’s senior director of Community Affairs. The veterans initiative builds on Elevate America’s mission to provide technology training and help prepare people for the 21st century workplace. Badshah noted that veterans are uniquely qualified to thrive in that environment.

“Veterans may not necessarily have a specific qualification such as a college diploma, but after having spent time in the field they are incredibly accomplished individuals and leaders,” he said. “With the experience of having veterans in the company at different levels, we clearly know they are a tremendous asset to anyone that can employ them.”

The six nonprofits named today will receive funding to provide veterans with a comprehensive set of services over the next two years, including technology skills training, job placement, career counseling, and other support services such as childcare, transportation and housing. In addition, Microsoft announced it is offering software donations to each of the 100 organizations that applied to the Elevate America Veterans grant process in recognition of the important work they are doing with veterans and their spouses across the country and to help them reach even more veterans, Badshah said. 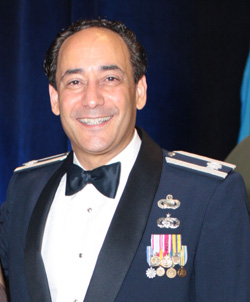 Vin Perrone, CEO of Veterans, Inc., which has helped thousands of veterans and their families find jobs and affordable housing over the last 20 years. Image credit: Microsoft

One of the six organizations receiving a grant is Worcester, Massachusetts-based Veterans, Inc., which has helped thousands of veterans and their families find jobs and affordable housing over the last 20 years, said president and CEO Vin Perrone. According to Perrone, the past few years have been particularly tough for veterans looking to find work.

“It’s been a struggle for us to try to find ways to get people retrained and open up new doors for employment,” he said. “With the Microsoft grant, we’re not only going to be able to support the veterans we already have been helping, but it allows us to do something we’ve been desperate to do for a while, which is to take guardsmen and reservists still on active duty or those who have just returned and get them into a program along with their spouses. We’ll actually be able to create a family support structure in the employment training area, and this is wonderful for our veterans; also for the reservists and the guardsmen.”

Magdalena Gonzalez knows firsthand out how hard the transition from the military can be. In 2007, Gonzalez left the Navy after seven years and began her job hunt. Civilian life was much different than the military, she quickly discovered.

“I left a life where everything was a certainty in terms of my day-to-day job duties and what was expected in order to advance, and when I moved to a new command, interviewing was not required,” Gonzalez said. “All I had to do was show up and I had the job. The transition was the beginning of a new life, where I had to learn how to write up a resume, be successful at an interview, and land the job, all of which was overwhelming when I first began my new life.” 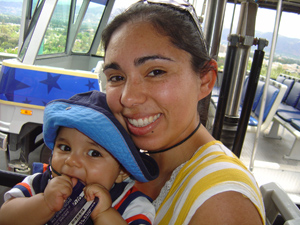 Navy veteran Magdalena Gonzalez credits VetWORKS, an organization that will receive a Microsoft grant, with helping her land an internship that led to a fulltime position with a company in San Diego, Calif. Image credit: Microsoft

Today, Gonzalez works as a customer service representative at a small company in San Diego, Calif. She credits VetWORKS, another organization that will receive a Microsoft grant, with helping her land an internship that led to a fulltime position with the company. The group helped her polish her resume and target her online job search. She encouraged all veterans returning from overseas and looking for work to reach out to similar organizations that want to help.

“I would say that organizations like VetWORKS are the best options out there,” she said. “There is a lot of help out there for veterans. It’s just a matter of doing your homework and going out to them and saying ‘I need help.’”

Microsoft has a long history of supporting the military and veterans as an employer, said RJ Naugle, senior program manager lead for Human Resources. Naugle, a veteran of the U.S. Army, is on loan from the Microsoft Information Technology (MSIT) department to drive Microsoft’s military outreach program called Military2Microsoft, which assists U.S. veterans and those serving in the National Guard and Reserve transition into the civilian workforce and find job opportunities within Microsoft. The Military2Microsoft program incorporates a variety of resources to help make the job search experience easier for military talent, many of which are available online. 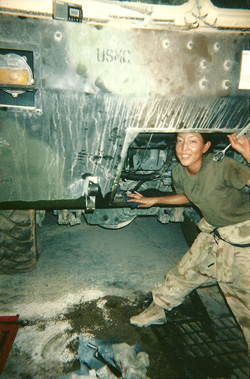 “The military is a diverse talent pool, so it makes sense for Microsoft to make a conscious effort at reaching out to members both transitioning straight from the service and those veterans who have been out in the workforce for a while,” Naugle said. “We recognize that they’re leaders who can take our organization to the next level, and we want to be a part of that community.”

Mi Hausvater, lead advocacy specialist with Microsoft’s Customer and Partner Advocacy group, appreciates the extensive support that her company offers veterans. Hausvater served in the Marines for eight years, and after joining Microsoft she quickly reached out to the company’s internal veteran alias to help get the lay out of the land. Since then, she’s watched Microsoft deepen its outreach.

“I think the end-to-end Military2Microsoft program is amazing,” she said. “It’s great to see such a big organization be such an active participant in the military community and want to reach out to military members about careers. It’s not just saying, ‘here are additional resources for veterans already at Microsoft.’ They’re actually reaching out to people currently serving and trying to get them interested in Microsoft, which is cool.”