Xbox Music is Microsoft’s brand new all-in-one music service that enables users to listen to music how, when, where and on what device they want. It is included in a rolling update to Xbox LIVE that starts Tuesday and will be expanded when Windows 8 launches.

REDMOND, Wash. — Oct. 14, 2012 — If music makes the people come together, as Madonna says, the new Xbox Music gives people all the music they love, every way they want it.

Xbox Music, Microsoft’s new all-in-one music service, specially designed to let users listen to music in exactly the way they want, begins rolling out to millions of people around the world Oct. 16 on the Xbox 360, then to the masses with Windows 8 on Oct. 26.

The all-in-one music service combines the best aspects of free-streaming radio, music subscription services and music purchasing options, all in one elegant package, says Yusuf Mehdi, corporate vice president of Microsoft’s Interactive Entertainment Business Marketing and Strategy. No longer do people have to rely on “service hopping” to get the music they love.

For example, Mehdi explains, here’s a not-that-outlandish scenario for a music lover today: you’re listening to an Internet radio station at work, say Pandora, and you hear a new song you love. You quickly stop what you’re doing and bookmark the song before it stops playing. Later, in the car, you open Pandora to look up the name of the bookmarked song, then you open Spotify so you can use your subscription to listen to it again. Two weeks later, you’re thoroughly in love with the song, and decide you want to buy it so you can burn it to a mix CD you’re making a friend, so you purchase the MP3 on Amazon or iTunes.

“There are a lot of individual services that do a good job, but today there isn’t a service which can pull together the benefits of download-to-own, music subscription, or free streaming services,” Mehdi says. “With Xbox Music, what we wanted to do is bring all of that value in one simple, easy-to-use service, then build some additional value on top — make it really beautiful, and have it work across all of your devices. We’ve been able to simplify the music experience in a really powerful way.”

Mehdi says Xbox Music will have arguably the largest music catalog of all music services, with 30 million songs, and that the experience offers a fantastic way of discovering new music. He says Xbox Music also will be the only all-in-one music service that enables users to listen to music in whatever way — and on whatever device — they choose. 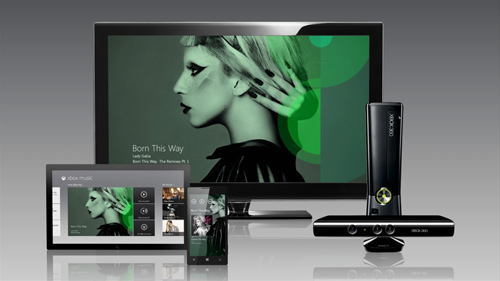 Music Your Way. Xbox all-in-one music service enables users to listen to music how, when, where and on what device they want. Image credit: Microsoft

“I’m excited as a consumer because I myself am a big music fan and this really will replace all of those other services I’ve been using,” Mehdi says. “From a business perspective, Xbox Music is a great way to show the world what Xbox means for broader entertainment on their phone, tablet, PC or console.”

With Xbox Music, users can listen to individual songs or full albums for free on their Windows 8-based tablet and PC; create music mixes and playlists; create artist-based Internet radio stations; use Smart DJ to create playlists with unlimited skipping; and purchase the music they want to own.

“We’re going to power what we feel is going to be the best music experience for users of Windows 8, and it’s the only operating system on a tablet that can do free streaming because of the rights we’ve secured,” Mehdi says. “It’s a great reason to buy Windows 8.” Xbox Music also has options for those who want to integrate their personal music library into their “digital music life,” says Scott Porter, principal program manager for Xbox Music.

And, because Xbox Music is a cloud-based service, users can take those carefully curated playlists, their favorite artists, and their streaming stations anywhere, and play them on any device.

“I think what we’ve seen over the past several years is that discovering, managing and consuming music has gotten to be hard work,” Porter says. “Our aspirations for Xbox Music are big — to address the multiple ways that people are listening to music, then put those all in one easy-to-use and beautifully curated place.” 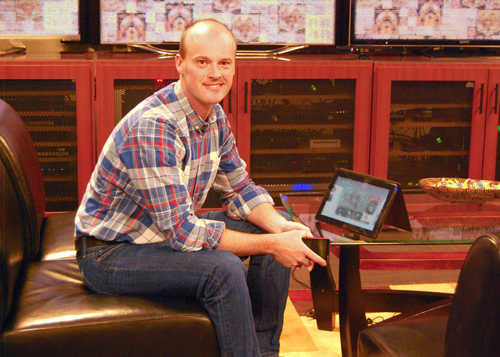 Current music services let users discover new music based on artists they already like for free, and listen to unlimited music of their choice with a subscription, and even buy the songs they choose, but no one music service has incorporated all of those options until now, Porter says.

In addition, until now, it’s been complicated for users to incorporate their personal collection of MP3s or ripped CDs and have access to all of that music on any device, anywhere they go.

Xbox Music, which comes pre-installed and is the default music player for the new Windows 8 operating system, will feature free, ad-supported streaming of the entire catalog on PCs and tablets as long as users have an Internet connection. Users can also make playlists, discover new music, and purchase and download music.

Purchasing an Xbox Music Pass for US$9.99 a month will allow users to take that music to the cloud, letting them enjoy the collection they’ve curated on other devices such as Windows Phone 8 and Xbox 360. “All they’ll need to do is sign in, and they’ll instantly have all of their content on that device, including access to the playlists they’ve built,” Porter says.

The Xbox Music app will even eventually be available on platforms such as Android and iOS as well, he says.

“When creating Xbox Music, we started off with a simple principle — music should never be work. That’s why we’ve put it all together to create, basically, a one-stop-shop,” Porter says. “It’s a really nice marriage between unlimited listening, the cloud and your personal collection. We hope users out there will see that we’ve put together the world’s entire catalog that they can easily integrate with what they already own — they can very quickly simplify their digital music life.”

Microsoft’s overarching goal, he explains, is to make it easier for people to discover new music, to take it with them and to listen to it wherever (and with whatever) they want.

“Consumers demand a lot of flexibility in finding, managing and listening to their music across devices, and we’re focused on simplifying that,” Porter says. “Microsoft and its Interactive Entertainment Business want to bring music, video, games and entertainment to consumers everywhere they are, and Xbox Music is going to execute on an important part of that vision.”

Mehdi says the excitement around Xbox and music is just beginning. The team is excited to bring a “whole new world of interactivity” to things like movies, television, games and music.

“Music is a deeply, emotionally connected topic for people everywhere — people’s memories and special moments are always associated with music,” Mehdi says. “It’s a powerful area because of that, and I’m excited that we’re going to be able to bring that to life in our product.”