“Halo 4” launches tomorrow, and millions of fans will start blasting their way through the biggest and most detailed “Halo” universe yet.

That phrase refers to the heart-thumping period when players risk pixelated life and limb to take on teeming hordes of enemies. The ‘30 seconds of fun’ mantra began with Bungie, the game studio that created the first five games of the “Halo” franchise.

But “Halo” has always delivered a rich story alongside the action; the game’s universe has spawned comic books and New York Times bestselling novels. “Halo” takes the Goldilocks approach to gaming: it doesn’t exhaust you with long storytelling animations nor numb you with nonstop battles. It finds a middle ground: It’s just right.

One thing that hasn’t changed is the hardware the game runs on, the Xbox 360. That was one of the challenges for the engineering team at 343 Industries (the new internal studio at Microsoft, helming the franchise): how to do more, not with less, but with the same hardware that’s been around since 2005.

“When I started here three years ago, the team had these really crazy, pie-in-the-sky ideas,” says Fredrik Persson, game play developer on “Halo 4.” “I looked at the models and what the art team was working on. Then I thought, “this game has to do so much more but still run on the same platform. That’s just not possible.” 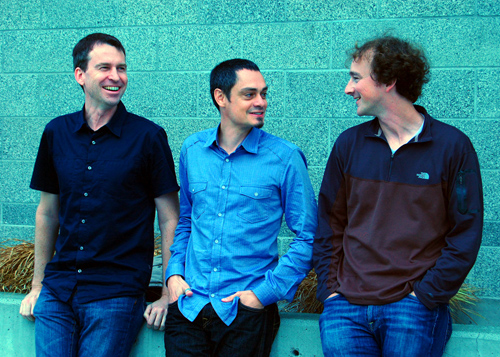 “Halo 4” Engineers Delivering Biggest and Most Detailed “Halo” Universe Yet. Peter Burzynski (L), Fredrik Persson and David Berger, members of the engineering team at 343 Industries who worked on “Halo 4” to improve the ’30 seconds of fun’ and more for fans. Image credit: Microsoft

Three years later, Persson proudly discusses how the engineers who worked on “Halo 4” improved the ’30 seconds of fun’ and much more for fans. Persson and teammates David Berger, software development manager for “Halo 4,” and Peter Burzynski, principal engineering lead for “Halo 4,” sat down with the Microsoft News Center shortly before the game’s launch to talk about frame rates, graphics fidelity, and fierce snowboarding accidents.

MNC: How did you approach your work on “Halo 4”?

Berger: One of the big things we did was bring to life our art director’s vision. He wanted to put a lot more fidelity into the graphics of this world and use that to tell a more intense emotional story, not just in the facial work we did or the cinematic nature of the storytelling, but also in the game’s general look and feel. That doesn’t just come through graphics work; a massive amount of technical work went into building this world.

Persson: That really forced the engineering team into overdrive. We said, ‘OK, how do we solve this to make the art and design teams happy?’ So on the gameplay side we focused a lot on making sure the game looks better, runs smoother, and keeps the ’30 seconds of fun’ going with new enemies, new weapons and new vehicles. We improved the animation systems, which means that both you as a player and the enemies move better, and we have much snazzier and cooler assassination animations. And our challenge was to have all this running on the same frame rate on the same platform and looking that much better.

Burzynski: When we put more effort into those pieces, that obviously has a knock-on effect. All the pieces of the game run together, so when we’re trying to support a bigger game with more enemies and more weapons, you have to figure out how to support the performance needs when you have more guys running around and more things happening. We’ve added a lot of features on both the single player side and the multiplayer side, things like death cam and ordnance. They take time, and we all worked really hard to keep the performance of the game as good as it is on the same hardware that everyone’s shipped on for many years now. 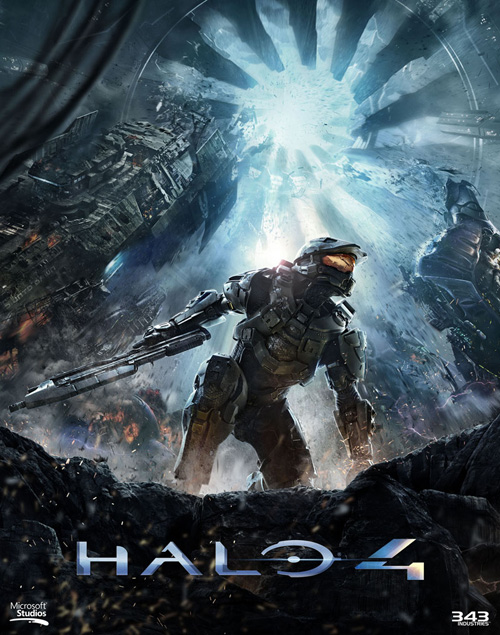 MNC: I can probably guess what “death cam” is… but can you elaborate?

Burzynski: In multiplayer, you get to see yourself die from the perspective of your killer. It’s a learning tool. You see someone with a sniper rifle and you realize, ‘Oh, I didn’t know you could get up there and make that shot. That’s how he got me. ’ Some people might think, ‘Ah, it’s rubbing my nose in my death.’ But me, I like it. I think, ‘Oh, I learned something new.’

Persson: I think this is something that’s been missing from ‘Halo’ for years. You really want to learn how you die in ‘Halo.’ Because you can die quickly several times and you just don’t know why. It’s a great tool.

Berger: And I think it’s even better than in other games because you die so much more spectacularly in ‘Halo’: blowing up, getting crushed by a vehicle, shot by a rocket, struck with a plasma grenade, all these crazy things that are unique in ‘Halo.’

You’re allowed to skip it if you don’t want to watch it. Ultimately a lot more people than I thought don’t skip it because… well, not only is it great from a learning perspective, but because it’s pretty sweet to watch yourself get plowed over, smashed against a wall, and then go flying.

MNC: What are some other new features in “Halo 4” that will wow fans?

Burzynski: I think all of the work we’ve done on multiplayer is going to appeal to fans. Matchmaking is faster, and we have a join-in-progress feature you can use to join existing games. I think it will be a more interesting, more compelling multiplayer experience for people between the focused, cleaner game modes and better matchmaking modes to get in games quickly. And we’ve improved progression to make it more about fun and less about things being equal. People are going to want to continue to play, unlock new things for their character and see what’s coming down the line and say ‘I want to get there.’

Persson: For me it’s what is in the campaign. I focus on what we call the ‘30 seconds of fun.’ You go into an encounter, you fight an enemy, you need to enjoy every moment of it. That’s something that’s really huge, and I think we’ve improved that a lot with the new enemies and the new weapons. I think that’s something fans are really going to love. 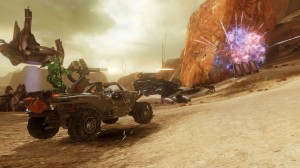 Berger: And then on top of the ‘30 seconds of fun’ we really tried to tell a much more emotional story. We did a lot of work with our tech art team, our animation team and our character team to really bring a lot more believability to the characters. We used a full-motion capture system for the actors that comes through the games, so we do full facial capture and actually bring that information in. To bring the actor’s face into a ‘Halo’ game is pretty epic.

Berger: I have played this game nonstop for years, and I still have fun playing it. Overall that’s what I’m most proud of. And that speaks to all the pieces that come together to make it a whole. It’s still just fun to play.

MNC: You stretched ‘30 seconds of fun’ into four years.

Berger: Exactly! There’s a four-year game loop we should touch upon.

Burzynski: Well, calling it a four-year game is a bit of a stretch…

Persson: For me, it’s making something so much better on the same platform. Taking the same game we’ve seen on same platform for many years and making it so much better. We put more love per square meter into ‘Halo 4’ than any other game I’ve seen before. There are more details, more enemies, more weapons – just more love per square meter. That’s a huge achievement and I’m really proud of that.

For us, we were given the keys to Microsoft’s best franchise in terms of games. When we started, none of us had worked together. None of us had done ‘Halo.’ The best metaphor I can think of is you’re 16 years old, you somehow get the keys to the Lamborghini, now in you’re in a racing event and you’ve only driven twice. That was where we started. And I think we did pretty damn well.

MNC: What do you do when you’re not in the office?

Persson: I make sure I spend some time with my wife. And I’d love to be snowboarding right now.

Burzynski: Yes. I’m looking forward to snowboarding and not breaking myself this year. I broke my wrist last November, right in the middle of everything. I’m like, I don’t know if I’ll be able to type again.

Berger: Maybe that was when I started freaking out.

Persson: His hand was pointing in the wrong direction. It was pretty wild.

Berger: I would love to snowboard this year. My wife has given me permission that if the kids want to, they can go to ski lessons this year.

Persson: Anytime you want to go snowboarding, I’ll pick you up.