In the United States, electricity is a creature comfort many citizens take for granted. Yet for more than a billion people across the globe, particularly in developing regions, electrification is the exception, not the norm.

Sub-Saharan Africa, for example, is the least electrified region in the world. It has the lowest generation capacity behind eastern South Asia and few programs that provide access to modern forms of energy.

In an effort to understand why energy poverty is such a persistent problem, University of Delaware doctoral candidate Lily Lamptey spent four weeks interacting with residents of two peri-urban communities on the fringes of Kumasi in the Ashanti Region of Ghana, Africa, and speaking with large institutions and regional planners who are driving development efforts in the region.

What she learned is that there is a huge gap between what planners think is needed and what community participants who stand to benefit from electrification want. 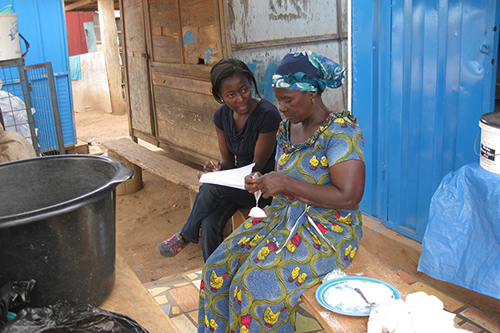 Development agencies view energy poverty as a lack of access to sustainable and modern forms of energy for lighting, cooking and heating, including electricity, liquefied petroleum gas (LPG) and modern conveniences like indoor lighting.

Peri-urban areas, however, are a “transition zone” between urban and rural settings and the people who live there often move around a lot, further expanding the poor population in this area and preventing programs from meeting their energy needs.

“For the local people, having modern forms of energy wasn’t as great a concern as simply having access to resources when they needed it, in quantities that they needed and at prices they could afford – whether that meant firewood, petroleum, electricity or simply a way to charge their electronics devices,” said Lamptey, who is studying energy and environmental policy at UD.

Locals also felt they didn’t have the knowledge to manage the expense of electricity, and that relying on previously used systems such as firewood or charcoal were preferable because they were knowledgeable about these resources.

“There is a misconception that extending the electrical grid to people in peri-urban areas will help their incomes improve and they will become developed, but unfortunately, the problem is not that simple. People who live on the periphery of the rural and the urban have very unique needs that might not conform to current expectations,” Lamptey said. 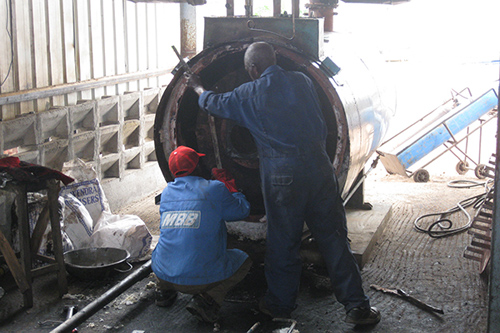 Ghana, like many African communities, is very communal. Many peri-urban dwellers charge their cell phones and electronics devices when they conduct business, run errands or socialize in the city center. So while they do use electricity, having to pay for a grid to be extended to them is not viewed as needed by some of these dwellers.

“Any framework that might develop needs to consider all of these factors and draw on local multi-level resources to address the needs of the people we intend to help with our energy development efforts,” she said.

In her travels, Lamptey met with researchers from the KNUST Energy Center, a think tank and policy analysis institution instrumental in implementing various energy-development interventions across the country. She also visited the Juaben Oil Mills Cogeneration Facility that features a community owned and managed electricity cogeneration plant that uses waste materials from the oil refinery to generate electricity to power the refinery and a community hospital.

“It is an interesting example of a closed production system in which every stage of the process produces useful material which serves either as a final product or a raw material for onward processing into other products,” she said. 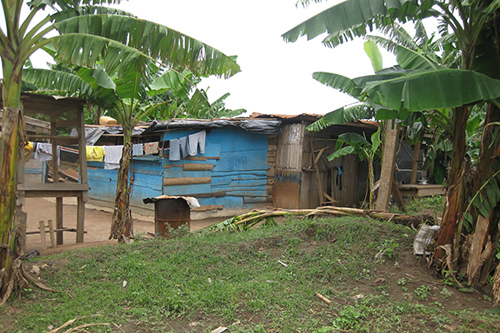 Lamptey’s trip was funded through a Global Research, Internships and Performances Award furnished by UD’s Office of Graduate and Professional Education.

She credits the experience with broadening her view and giving life to her work. As she completes her dissertation, she not only sees the facts and figures on the page, but also the faces of those she met in Ghana during her trip – people who might ultimately benefit from her work.

“I am grateful for the opportunity to explore this topic in communities that are actually affected. It is a real world experience that complements my dissertation research in ways I never could have achieved on my own,” she said.