Grant Connette received a Bachelor’s of Science in Biology from Davidson College in 2008.  In the Fall of 2009 he began a Ph.D. program in Biology at the University of Missouri.  His general research interests include various aspects of the population ecology, movement behavior, and landscape-scale distributions of animals.  Much of his current research focuses on the behavior, population dynamics, and landscape ecology of terrestrial salamanders in forest landscapes managed for timber production.

Recently we asked Mr. Connette about his research, why it is important and so on. Here is what we learned from him:

Q. Let us start with your research topic. What is your research area? Will you please tell us a bit more on this? What did you find?

Grant Connette: I study the dynamics of salamander populations in forests of the eastern United States.  Much of my current research focuses on how salamander populations respond to timber harvest (i.e. logging).  In a recent study, Dr. Raymond Semlitsch and I found that salamanders are less common in “young” forest (even areas harvested 80-100 years ago) than in more mature forest.  We also found that salamander species which differ in their ability to disperse, or move across the landscape, recovered from timber harvest at different rates.  Species that naturally tend to move more may have recovered faster because there is emigration from surrounding areas that helps rebuild populations after a disturbance like timber harvest.

Q. Why is this important? (i.e. why should the general public care about this?) 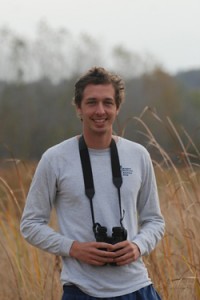 Grant Connette: Because salamanders are nocturnal, they are seldom seen by humans.  In parts of eastern North America, you can look carefully around the forest floor at night and find that there are literally thousands of salamanders crawling around.  These salamanders are very important species in forest ecosystems; they prey on small invertebrates and, in turn, are an abundant source of food for other animals.  Salamanders are also very sensitive to habitat degradation and we can count the number of salamanders to determine how healthy an ecosystem is.  For this reason, we call them “indicator species” – their commonness indicates the quality of a forest or stream.

Because of their biological importance and their effectiveness as indicator species, I was interested in understanding how effectively salamanders recover from past timber harvest.  This information can be used to find a balance between the economics of timber production and the preservation of forest species.  In addition, humans have become interested in using woody biomass as a biofuel, which makes it even more important that we understand how to harvest trees sustainably.

Q.  Is this truly new information or does it confirm what other researchers have found?

Q. How did you land here. Was it your goal?

Grant Connette: My interest in biology was really sparked during a semester abroad in Costa Rica, where I did an independent study project examining the distributions of different bird species along a tropical mountainside.  This was during my Junior year as an undergraduate.  At the time, I was not planning to pursue a career in science and had only taken two biology classes.  I was so excited by this first research experience and by the idea of using research as a tool to understand the natural world that I decided to major in biology.  I then began volunteering for a major research project on stream salamanders and eventually went on to graduate school, where I have continued working with salamanders. 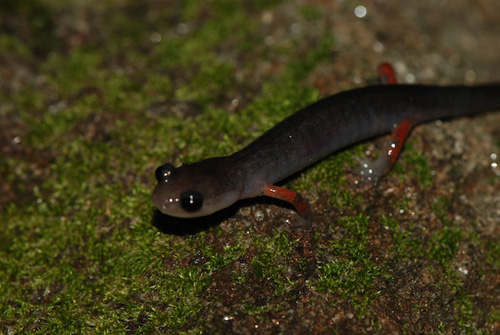 Q. How many hours a day you spend for study. How you arrange other side of your life like social activities so to say?

Grant Connette: Completing this study required me to adopt a bizarre sleep schedule during the field season (May-August).  Because salamanders are active at night, I would hike around the mountains every night from 9:00 PM until it began to get bright again around 5:30 AM.  After sleeping until early evening, I would get ready to begin the next night of surveys.  Generally, I would have a few days in the field and then a night or two off.  During the down-time I would work on several other projects while getting to enjoy the company of other researchers at the Biological Station where I was based.  After the field season, most of my work is just data analysis and writing at the University of Missouri.

Q. Are you satisfied with your results? What about your publications?

Grant Connette: I was very satisfied with the results of this study and with the final publication.  I was especially interested to find that dispersal ability of salamanders has such a critical influence on how they recover from timber harvest.  As a follow-up study, I am currently using genetic tools to learn more about how these tiny salamanders move across vast forested landscapes.

Q. If you would not be at your current profession, what other options would you consider for your career?

Grant Connette: I have always enjoyed discovering or building new things.  If I weren’t a biologist, maybe I would pursue a career in software design or engineering.