Large Weight Gains Most Likely for Men After Divorce, Women After Marriage

COLUMBUS, Ohio – Both marriage and divorce can act as “weight shocks,” leading people to add a few extra pounds – especially among those over age 30 – according to a new study.

But when it comes to large weight gains, the effects of marital transitions are quite different for men than they are for women.

“Clearly, the effect of marital transitions on weight changes differs by gender,” said Dmitry Tumin, lead author of the study and doctoral student in sociology at Ohio State University.

“Divorces for men and, to some extent, marriages for women promote weight gains that may be large enough to pose a health risk.”

The probability of large weight gains following marital transitions increased the most for people past age 30. 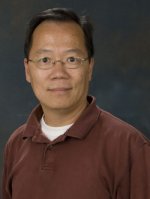 Tumin conducted the study with Zhenchao Qian, professor of sociology at Ohio State University.  They presented their research Aug. 22 in Las Vegas at the annual meeting of the American Sociological Association.

But these results may mask the fact that some people actually lose weight, while some stay the same and some have large weight increases, Qian said.

“We estimated the effects of marital transitions on the likelihood of weight gains or losses for different categories of people, allowing for the possibility that not everyone who goes through a marital transition has the same kind of experience,” Qian said.

Tumin and Qian used data from the National Longitudinal Survey of Youth ’79, a nationally representative sample of men and women aged 14 to 22 in 1979.  The same people were surveyed every year up to 1994 and every other year since then.

In this study, the researchers used data on 10,071 people surveyed from 1986 to 2008 to determine weight gain in the two years following a marriage or divorce.

The researchers separated people into four groups: those who had a BMI decrease of at least 1 kg/m2 (about 7 pounds for a person 5’10” tall) in the two-year period after a marital transition; those who had a small BMI gain (7-20 pounds for the 5’10” person); a large BMI gain (more than about 21 pounds); or no weight gain or loss (net change of less than 7 pounds).

The researchers took into account a wide variety of other factors that may influence weight gain or loss, including pregnancy for women, poverty, socioeconomic status and education.

Both men and women who married or divorced were more likely than never-married people to have a small weight gain in the two years following their marital transition.

“For most people, the weight gain we see after a marital transition is relatively small, not something we would see as a serious health threat,” Tumin said.

However, most other studies have suggested divorce actually leads to weight loss, at least in the first years after the marriage ends.  Again, this may be because other studies have not separated people into age and gender groups, and only used average changes in weight, Tumin said.

However, these results fit with other research on how marriage affects men and women.

“Married women often have a larger role around the house than men do, and they may have less time to exercise and stay fit than similar unmarried women,” Qian said.

“On the other hand, studies show that married men get a health benefit from marriage, and they lose that benefit once they get divorced, which may lead to their weight gain.”

The probability of weight gain become more pronounced for men and women who marry or divorce after age 30 and the changes only grow larger as people get older, the study found.

“From age 22 to 30, the effect of marital transitions on weight is not very clear,” Qian said.

“But both marriages and divorces increase the risk of weight changes from about age 30 to 50, and the effect is stronger at later ages.”

Tumin said that it may be that people settle into certain patterns of physical activity and diet over time.  “As you get older, having a sudden change in your life like a marriage or a divorce is a bigger shock than it would have been when you were younger, and that can really impact your weight.”

The researchers noted that this study only looked at people for two years after a marital transition, and results may change over the years.

“This study really looks at the shock of a marital transition and how it affects weight,’ Tumin said.