Children believe the world is far more segregated by gender than it actually is, implies a new study led by a Michigan State University scholar.

Jennifer Watling Neal and colleagues examined classroom friendships in five U.S. elementary schools. Their findings, published in the journal Child Development, found boys and girls had no problems being friends together but for some reason had a perception that only boys played with boys and girls played with girls.

“Kids believe gender plays a larger role in friendship that it actually does,” said Neal, assistant professor of psychology. 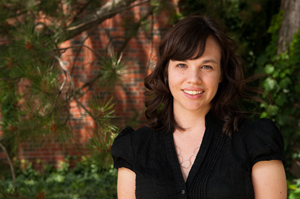 A study by Jennifer Watling Neal, Michigan State University psychologist, found that children believe the world is far more segregated by gender than it actually is. Photo by G.L. Kohuth

Children who have more accurate perceptions of the social relationships around them may be better able to avoid conflict and have more positive interactions with their peers, Neal said.

The findings also have implications when the students grow up.

“In adulthood,” Neal said, “we know that people who have accurate perceptions of workplace relationships tend to be perceived as more powerful and have better reputations than their colleagues.”

The study of 426 second- through fourth-graders found gender is still important in the formation of friendships; children were nine times more likely to be friends if they were the same gender.

However, when asked about their friends’ friends, a child was 50 times more likely to believe two classmates were friends when they were the same gender.

“Thus, while gender does matter a great deal in the formation of children’s friendships, children think it is nearly the only relevant factor,” Neal said.