Armonk, N.Y. – 20 Jul 2012: IBM has announced that it is working with JSC Altyntau Resources, a leading gold producer in Kazakhstan, to provide a new business analytics system to help the company to improve gold yields and increase the profitability of its operations.

The new system will enable the gold producer to centralize and quickly analyze data about its mining operations. It includes a dashboard of important information enabling the company’s management team to make informed decisions about which ore to mine and which extraction processes to use to achieve the best return on investment. Once the project is complete, JSC Altyntau Resources will be able to speed up its annual financial planning cycle from two months to two weeks and ensure that investors are kept informed on the company’s operations and forecasts.

JSC Altyntau Resources runs several mines in Kazakhstan, including the large Vasilkovskoye gold ore deposit near the city of Kokshetau in the north of the country. Though the deposit was first mined in the 1960s, production had to be abandoned at various times over the years due to the relatively low grade of the ore – only of 2.2 grams of gold per tonne. However, the construction of a new gold recovery plant in 2009 and the recent deployment of modern technologies have led once again to full-scale, commercial production. Today, Vasilkovskoye is one of the largest gold mines in the world. 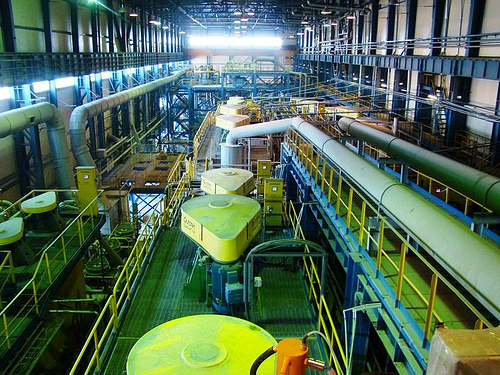 “From the very moment of our company’s inception, we set ourselves the goal of becoming industry leaders by using the latest technologies and approaches to increase gold yields, decrease operational expenses and ensure maximum profitability,” said Kazhibekov Ilyas, Head of Planning and Financial Analysis at JSC Altyntau Resources. “IBM’s business analytics technologies will give us the ability to quickly react to changes in gold production and make informed decisions about our mining operations.”

Kazakhstan, Central Asia’s largest economy, is home to 4 percent of world gold deposits making it the seventh largest reserve in the world. The Kazakh government plans to increase gold production to 70 tonnes by 2015 – from 16.6 tonnes in 2011. However, it is estimated that only 40 percent of Kazakhstan’s gold reserves is economically exploitable using current extraction technology, placing pressure on gold mining companies to use the latest technologies to achieve maximum yield.

“Business analytics systems help leaders understand and draw valuable insights from the data within their organizations,” said Adam Dosymov, Head of IBM in Kazakhstan. “In the highly-competitive gold mining industry this is crucial for effective cost management and informed decision making. It can mean the difference between whether your operations are commercially viable or not.”

The implementation of the new system based on IBM Cognos software will take place over several phases managed by IBM’s local business partner GMCS. The first phase covers the company’s financial planning processes in accordance with International Financial Reporting Standards including assets, liabilities, income, expense accounting and investments. The next stage will include HR department planning and labor costs.

JSC Altyntau Resources was established in 2011 and employs over 4,200 people in gold mining and production. The Gold Recovery Plant at the Vasilkovskoye deposit is the biggest gold mining asset of the company constructed in accordance with world standards. The plant is capable of processing up to 8 million tonnes of ore and producing 550-650 koz of gold per annum.

IBM has a branch office in the city of Almaty in Kazakhstan. IBM recently announced the opening of 10 new branch offices across Russia and the Commonwealth of Independent States (CIS) as part of a major initiative to capture regional business growth and increase its presence in the fastest growing markets in the world. The move is part of an incremental investment of $6 million that IBM will make in 2012 in the Russia and CIS region to expand its operations and increase its footprint to 22 offices. IBM will also double its staff in the Russian regions and strengthen its business partner network across Russia/CIS to over 4,000 partners this year. IBM currently has branches in the following cities in the region: Moscow, St. Petersburg, Rostov-on-Don, Kazan, Yekaterinburg, Perm, Krasnoyarsk, Novosibirsk, Ufa, Khabarovsk, Tyumen, Chelyabinsk, Nizhniy Novgorod, Samara, Krasnodar, Kiev (Ukraine), Dnipropetrovsk (Ukraine), Kharkiv (Ukraine), Donetsk (Ukraine), Almaty (Kazakhstan), Tashkent (Uzbekistan).