How to Become a Bounty Hunter

Bounty hunting, or the practice of apprehending fugitives for a monetary reward, is often something that conjures up images of men or women who operates outside of the law and bring criminals to justice through legally ambiguous means. In reality however, bounty hunting, also known as skip tracing, is a necessary part of the modern criminal justice system in the United States. This article will serve as a basic explanation of how bounty hunters operate, their purpose in society and their basic day-to-day operations in bringing those who fail to appear in court to justice through legal means.

As a profession bounty hunting is something that is often romanticized by movies and other media. However, the job is actually a fairly technical and adheres to the same stringent due process laws that cops and courts are subject to. Bounty hunting is also a profession that depends on a thorough knowledge of laws and legal precedent, something that often requires a college-level education that many overlook. 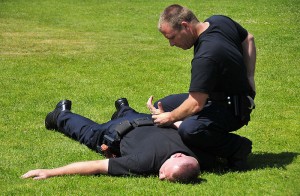 When you decide to become a bounty hunter, how much you get paid all depends on the type of work you choose to do and where you choose to work. Bounty hunter salary information is not tracked by state and federal organizations like the Bureau of Labor, so most of the details about salary are provided by bounty hunters themselves. How much you make also depends on your contacts and what state or area you choose to operate in, but the average bounty hunter can expect to make between $25,000 and $50,000 a year.

According to fugitive recovery agents, the industry standard is to be paid a percentage of the total bail, usually 5-10%. For example, if you recover a fugitive with a $5,000 bail, you can expect to make $500. However, if you take riskier cases or work in larger metropolitan areas the average bail is set much higher, and you will make much more per case.

No matter where you choose to operate, bounty hunters who make the most money have usually proven themselves to be reliable and adept at returning fugitives. This type of trust and hard work will make you the first call when someone skips bail and you can be sure to have steady work and solid pay.

*Source: How To Become A Bounty Hunter