In 2014 a former judge from San Diego County approached the UCLA Kidney Transplant Program with an unusual request: If the judge donated a kidney to a stranger now, could his then-4-year-old grandson, who suffered from chronic kidney disease, receive priority for a future kidney transplant if needed later in life?

The suggestion from Howard Broadman, then 64 years old, initiated the kidney “voucher” program, an innovative system allowing living donors to donate a kidney now, or at some time in the near future, allowing a family member or friend to be given priority for a kidney transplant in the future if needed. 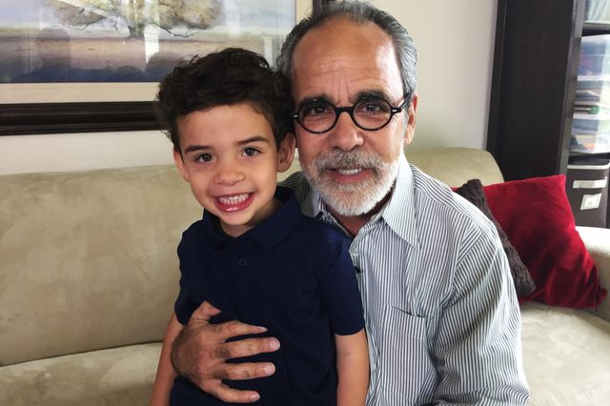 Howard Broadman approached UCLA with the concept of donating a kidney so that his grandson Quinn would be eligible to receive one in the future. Photo credit: UCLA Health

A new UCLA-led study published in the September issue of the peer-reviewed journal Transplantation traces how the first three “voucher cases” led to 25 lifesaving kidney transplants across the United States. 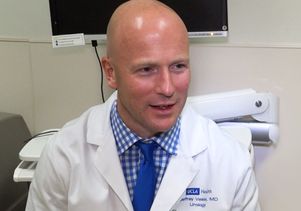 “Some potential kidney donors are incompatible with their intended recipient based on blood type; others may be incompatible based on time,” said lead author Dr. Jeffrey Veale, associate clinical professor of urology at the David Geffen School of Medicine at UCLA, and director of the UCLA Kidney Exchange Program. “The voucher program resolves this time incompatibility between the kidney transplant donor and recipient.”

The program works like this: The voucher donor gives a kidney to a stranger on dialysis. Often that recipient had a friend or family member who had wanted to be a donor but couldn’t due to incompatibility. Now that the person in need of a kidney has received the transplant and has been freed from dialysis, the friend or family member instead donates a kidney to another stranger, launching multiple transplant “chains” that essentially mix and match incompatible recipient/donor pairs with compatible ones. These chains are frequently initiated by altruistic donors who give a kidney to a stranger out of simple generosity.

While not guaranteed a kidney, the voucher recipient gets priority in being matched with a donor from the end of a future transplant chain.

The researchers outline three kidney voucher cases that led to 25 transplants across the United States.

The researchers say the program is a “game-changer” because it enables someone to donate now before becoming ineligible because of advancing age or unexpected life events. There are now 30 transplant centers that have joined the  program as part of the National Kidney Registry.