How a Concussion Can Lead to Depression Years Later

The findings could help explain some of the midlife mental-health issues suffered by individuals who experience multiple concussions as young adults, researchers say. And these depressive symptoms are likely inflammation-related, which means they may not respond to common antidepressants.

An added complication is that aging already increases brain inflammation. So on top of normal aging concerns, people who have had a traumatic brain injury (TBI) experience added inflammation caused by magnified immune responses to so-called “secondary challenges,” such as a second head injury, infections or other stressors. 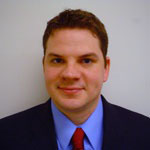 In mice, these high-alert cells in the brain – called microglia – had an exaggerated response to an immune challenge one month after a moderate brain injury. This increased brain inflammation corresponded with the development of depressive behaviors that were not observed in uninjured mice.

“If we had waited three, six or nine months, the symptoms probably would have gotten even worse,” said lead author Jonathan Godbout, associate professor of neuroscience at The Ohio State University and a researcher in the Institute for Behavioral Medicine Research.

“A lot of people with a history of head injury don’t develop mental-health problems until they’re in their 40s, 50s or 60s. That suggests there are other factors involved, and that’s why we’re looking at this two-hit idea – the brain injury being the first and then an immune challenge. It’s as if one plus one plus one equals 15. There can be a multiplier effect.”

The research is published online in the journal Biological Psychiatry.

This work applies to concussive brain injuriesthat result in a diffuse – or spread out – trauma to the brain. These are also concussive injuries from which people and animals recover fairly quickly, typically showing no problems with thinking or moving about a week after the injury to the brain.

In the study, researchers compared uninjured mice with mice that had experienced a moderate TBI. Injured mice showed some initial coordination problems, but those resolved within a week.

The injured mice also showed signs of depressive symptoms that improved within one month. Godbout and colleagues attributed those symptoms to the expected neuroinflammation that occurs after a traumatic brain injury. In these mice, most of the inflammation had cleared within seven days.

Thirty days after injury, researchers examined the brains of the injured mice to determine whether immune cells had remained on high alert since the injury. As expected, the injured brains contained microglia that had stayed in a “primed” state – meaning they were on standby to respond to a challenge to the immune system. The cells in the brains of uninjured mice did not have the same characteristics.

Under normal circumstances, microglia are the first line of defense and help protect the brain after injury or infection by making proteins and other chemicals that generate just enough inflammation to repair the problem. When they are primed, however, these cells are in a higher state of alert and when they are activated, they generate an amplified immune response that lasts longer than necessary. When these systems are activated with nothing to fight, the circulating chemicals and proteins generate excessive inflammation.

“The young adult mice that have a diffuse head injury basically recover to normal, but not everything is normal. The brain still has a more inflammatory makeup that is permissive to hyperactivation of an immune response,” Godbout said.

At 30 days after TBI, the mice were injected with lipopolysaccharide (LPS) – the dead, outer cell wall of bacteria that stimulates an immune reaction in animals. Tests showed that over the course of 24 hours after the injection, TBI mice were much less social than uninjured mice – one type of depressive symptom in these animals. The brains of the TBI mice also had dramatically higher levels of two inflammation-related proteins than did brains from normal mice.

Seventy-two hours after the LPS challenge, injured mice showed additional depressive symptoms, including minimal interest in sugar water – a sign that they avoided what is typically a pleasurable activity. They also showed increased resignation, or a sign of “giving up.”

Uninjured mice behaved normally and the levels of inflammatory proteins in their brains had returned to baseline over the same time period.

“These results tell us the TBI mice are having an amplified and prolonged activation of microglia, and that was associated with development of depressive symptoms in the mice,” Godbout said.

His lab is now investigating potential treatments that could either prevent the priming of microglia immediately after injury or later reverse the high-alert characteristics of these cells.

This work was supported by the National Institute on Aging and a Med to Grad scholarship from the Howard Hughes Medical Institute.

Co-authors include Ashley Fenn, Yan Huang and Phillip Popovich of Ohio State’s Department of Neuroscience; John Gensel of the University of Kentucky; and Jonathan Lifshitz of Phoenix
Children’s Hospital. Godbout and Popovich also are members of Ohio State’s Center for Brain and Spinal Cord Repair.