Hospitals that continue CPR longer have better survival rates from cardiac arrests, according to a study published online Sept. 5 in The Lancet. The findings challenge the assumption that, if a pulse is not restored soon, continuing resuscitation efforts is futile.

The results also showed that patients who recovered after an extended CPR effort were no more likely to suffer brain damage than are patients revived after a shorter effort.

“There are no clear-cut guidelines for the amount of time to perform CPR before ending the resuscitation effort,” said cardiologist Dr. Zachary Goldberger, who headed the study. Wide variations exist across hospitals, and any policies are usually set by expert opinions. One of the most difficult decisions hospital physicians caring for patients who suffer a cardiac is when to stop CPR efforts.”

Goldberger recently joined the University of Washington faculty in the Division of Cardiology in the Department of Medicine. He completed a cardiology fellowship and a research fellowship through the Robert Wood Johnson Foundation Clinical Scholars Program at the University of Michigan. The impetus for the study, Goldberger said, was to try to shed light on one of the most challenging problems that practitioners face when caring for hospitalized patients with a cardiac arrest.

Each year in the United States, more than 200,000 hospitalized patients have a cardiac arrest. Less than half of these patients survive the arrest itself, and less than 20 percent survive to hospital discharge. Goldberger and his colleagues analyzed the records of 64,339 patients at 435 hospitals with the American Heart Association’s Get-with-the Guidelines-Resuscitation Registry, the largest sample available in the United States of patients who suffered a cardiac arrest during hospitalization. As expected, the duration of resuscitation before termination of efforts varied across hospitals. 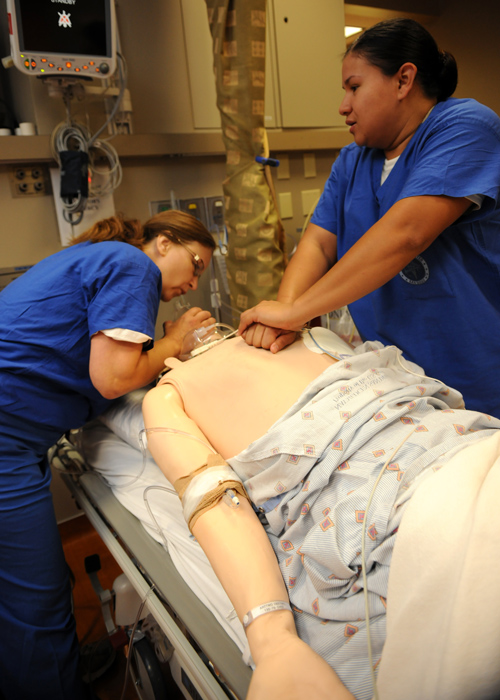 Medical staff at a naval hospital practice CPR on mannequin during a Code Blue drill. No clear guidelines exist for hospitals on how long to continue resuscitation efforts before ending the attempt. Image credit: U.S. Navy

What the researchers learned was that hospitals that routinely practiced the longest attempts at resuscitation, on average, had a 12 percent higher overall survival rate, compared to hospitals with the shortest CPR durations.

Goldberger mentioned that while longer median duration of resuscitation was associated with higher survival, it may be one of several factors at those hospitals that contribute to improved outcomes, when compared to hospitals with shorter efforts. 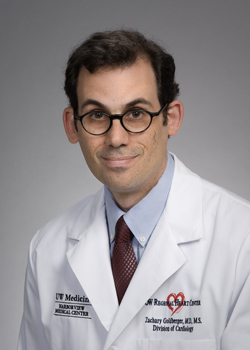 Most patients who were successfully resuscitated responded soon after the arrest. However, some patients required more time. The researchers found that, in 15 percent of the survivors, a pulse did not return until 30 minutes or more of resuscitation efforts had elapsed. Less than a quarter of those who died during a cardiac arrest were resuscitated for at least 30 minutes.

Patients with the least likelihood of recovery were those who didn’t have a shockable rhythm. In those cases, medications, chest compressions and airway management are used to try to regain a more regular heartbeat. Goldberger explained that only a couple of rhythm abnormalities will convert to normal through a defibrillator, a machine with paddles for releasing an electrical charge to the heart.

Dr. Brahmajee Nallamotu, the senior author, pointed out that the study cannot define the exact duration for attempting resuscitation for all hospital patients. .

‘It does suggest that, if hospitals systematically increase their duration of resuscitation efforts, cardiac arrest survival rates may improve for a number of patients,” he said. “There is no question that the decision on how long to try and when to end resuscitation remains in the hands of the physician at the bedside,” Goldberger added. “We hope our study helps shed some much needed light on these decisions.”

The results, Goldberger explained, do not apply to by-stander CPR or out-of-hospital medic resuscitation attempts. These situations are quite different from responding to cardiac arrests that occur in a hospital.

The Lancet paper is titled, “Duration of resuscitation efforts and survival after in-hospital CPR.”