Hiding in Plain Sight, A New Frog Species With A ‘Weird’ Croak is Identified in New York City

In the wilds of New York City — or as wild as you can get so close to skyscrapers — scientists have found a new leopard frog species that for years biologists mistook for a more widespread variety of leopard frog.

While biologists regularly discover new species in remote rain forests, finding this one in the ponds and marshes of Staten Island, mainland New York and New Jersey — sometimes within view of the Statue of Liberty — is a big surprise, said the scientists from UCLA, Rutgers University, UC Davis, and The University of Alabama who worked together to make the unexpected discovery. 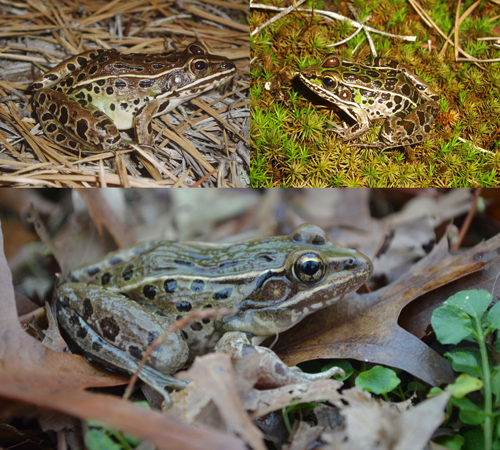 Three frogs. These three frogs are from two different species. Can you guess which is which? Even though one has bright green patches, the top two are the same species: southern leopard frogs. The bottom frog is the newly identified species. Top photos by Chris Camacho, bottom photo by Brian Curry.

“For a new species to go unrecognized for all this time in this area is amazing,” said UCLA Professor Brad Shaffer, from UCLA’s Institute of the Environment and Sustainability and UCLA’s Department of Ecology and Evolutionary Biology. Shaffer is one of the authors on the paper announcing the discovery.

“Many amphibians are secretive and can be very hard to find, but these frogs are pretty obvious, out-there animals,” said Shaffer, who is also the director of the UCLA La Kretz Center for California Conservation Science. “This shows that even in the largest city in the U.S. there are still new and important species waiting to be discovered that could be lost without conservation.” 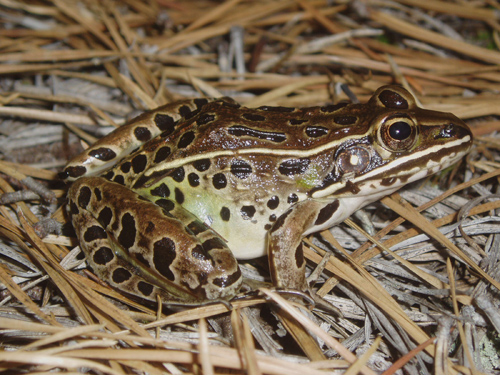 A southern leopard frog, which is difficult to tell apart from the newly discovered frog species. Photo by Chris Camacho.

In newly released research available online in the journal “Molecular Phylogenetics and Evolution,” scientists used DNA data to compare the new frog to all other leopard frog species in the region and determined that it is an entirely new species, soon to be named by the researchers. The unnamed frog joins a crowd of more than a dozen distinct leopard frog species. The newly identified wetland species likely once lived on Manhattan, and though it’s now only known to live in a few nearby locations, Yankee Stadium in the Bronx would be the bull’s-eye of a target drawn around its current range. 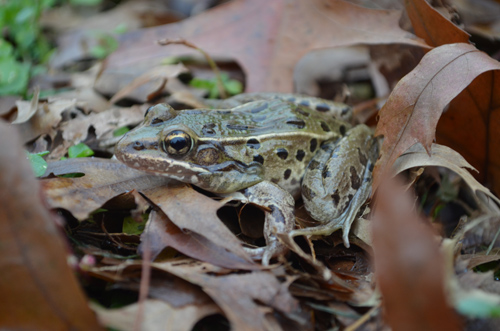 Lead author and evolutionary biologist Cathy Newman was completing her master’s at The University of Alabama while working with Leslie Rissler, associate professor of biological sciences at Alabama, on an unrelated study of the southern leopard frog species when Newman first contacted doctoral candidate and co-author Jeremy Feinberg at Rutgers in New Jersey. Newman asked for help on her project, and in return, Feinberg, an ecologist, asked the geneticists if they could help him investigate some “unusual frogs” whose weird-sounding calls were different from other leopard frogs. 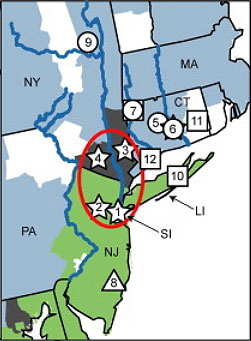 Range map. The newly discovered frog species was found within the red oval, and may have a wider range. Numbers indicate sampling sites. The discovery will rewrite field guides, which previously considered the green area to be the southern leopard frog range; blue the northern leopard frog; and dark grey the overlap. Image credit: University of California

“There were northern and southern leopard frogs species in that general area, so I was expecting to find one of those that for some reason had atypical behaviors or that were hybrids of both,” Newman added. “I was really surprised and excited once I started getting data back strongly suggesting it was a new species. It’s fascinating in such a heavily urbanized area.”

Feinberg, on the other hand, who is also a regional expert on amphibians and reptiles and a guest researcher at Brookhaven National Laboratory, suspected that the leopard-frog lookalike with the peculiar croak was a new creature hiding in plain sight. Instead of the “long snore” or “rapid chuckle” he heard from other leopard frogs, this frog had a short, repetitive croak. As far back as the late 1800s, scientists have speculated about the “odd” frogs, but until the advent of molecular genetics, it was difficult to prove anything, he said.

Co-author UCLA Professor Brad Shaffer, with the Institute of the Environment and Sustainability and the Department of Ecology and Evolutionary Biology. Image credit: University of California

“When I first heard these frogs calling, it was so different, I knew something was very off,” Feinberg said. “It’s what we call a cryptic species: one species hidden within another because we can’t tell them apart on sight. Thanks to molecular genetics, people are really picking out species more and more that would otherwise be ignored.”

The bulk of Newman’s work took place at UC Davis, where UCLA’s Shaffer previously worked. When he found out about Newman’s project, Shaffer was immediately taken with it and encouraged her to pursue it. He offered guidance during Newman’s preliminary analysis of the frog’s mitochondrial DNA, taken from the samples Feinberg and other regional biologists sent of the northern, southern and “weird” frogs. The results were clear-cut: the DNA was distinct, no matter how much the frogs looked alike. 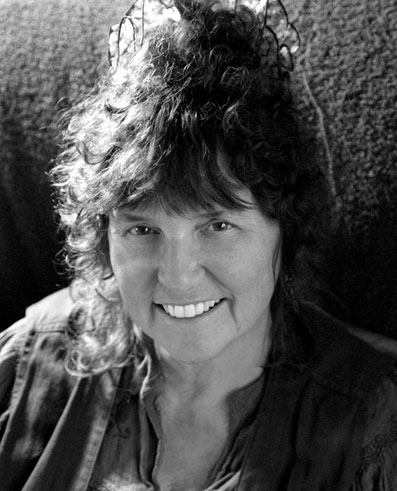 “If I had one of those three leopard frogs in my hands, unless I knew what area it was from, I wouldn’t know which kind I was holding because they all look so similar,” Newman said. “But all of our results showed this one lineage is very clearly genetically distinct.”

Mitochondrial DNA represents only a fraction of the amphibian’s total DNA though, so Newman knew she needed to do broader nuclear DNA tests to see the whole picture and confirm she had a new species. Shaffer helped her develop strategies for collecting data to compare the new frog to closely related leopard frog species. They shared the data in teleconferencing meetings with Feinberg; Feinberg’s adviser, ecology Professor Joanna Burger at Rutgers; and Rissler, Newman’s master’s adviser at Alabama. Together, the five researchers authored the paper announcing the new species. 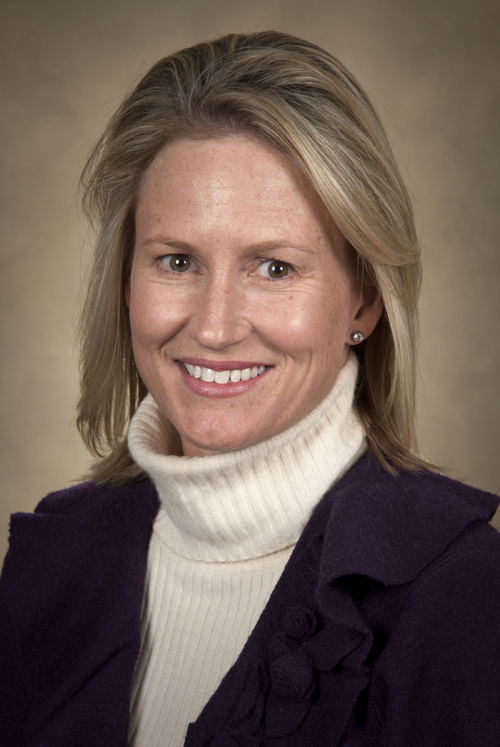 “I remember in our lab meetings we were all so excited,” Shaffer recalled. “We were trying to be good scientists and not jump to conclusions, but we’re looking at the data going, ‘It’s got to be a new species.’ You feel like you’ve uncovered something unique about the world that’s never been known before.”

Habitat destruction, disease, invasive species, pesticides and parasites have all taken a heavy toll on frogs and other amphibians world-wide, said Rissler, program director in the National Science Foundation’s division of environmental biology while on sabbatical from Alabama. Even if you don’t particularly care about amphibians, she said, they are great indicators of problems in our own environment — problems that could potentially impact our own health. 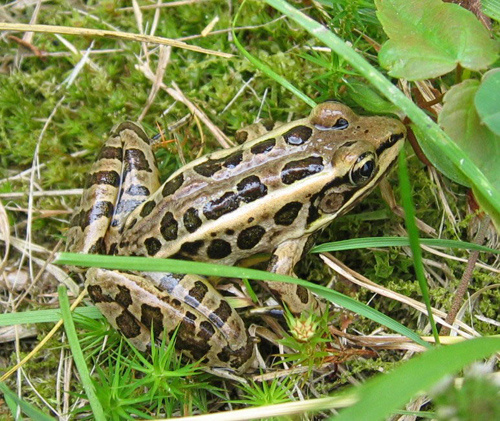 “They are a good model to examine environmental threats or degradation because part of their life history is spent in the water and part spent on land,” Rissler said. “They are subject to all of the problems that happen to both of these environments.”

The findings show that even in densely-populated, well-studied areas, there are still new discoveries to be made, said Shaffer, the conservation ecologist. The newly identified frogs appear to have a startlingly limited range, and as the director of UCLA’s La Kretz Center for California Conservation Science, Shaffer sees an immediate link to conservation. 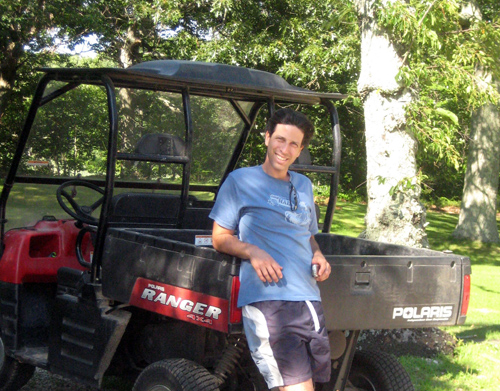 Co-author Jeremy Feinberg, a doctoral candidate in the graduate program of ecology and evolutionary biology at Rutgers University. Image credit: University of California

“One of the real mantras of conservation biology is that you cannot protect what you don’t recognize,” Shaffer said. “If you don’t know two species are different, you can’t know whether either needs protection.”

The newly identified frogs have so far been found in scattered populations in northern New Jersey, southeastern mainland New York, and on Staten Island. Although they may even extend into parts of Connecticut and extreme northeastern Pennsylvania, evidence suggests they were once common on Long Island and other nearby regions but went extinct there in just the last few decades, Feinberg and Burger said. 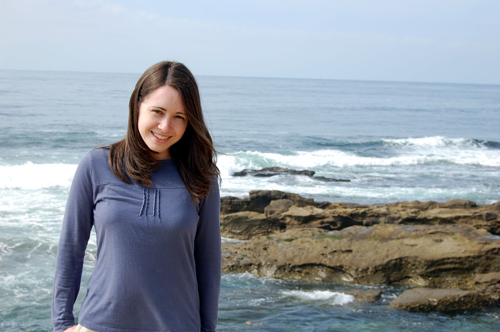 “The extensive extinctions over the last few decades raise added conservation concerns that must be addressed,” Burger said, adding “It is amazing to discover a new frog in Rutgers backyard and the metropolitan area of New York and New Jersey.”

“This frog was probably once more widely distributed,” Rissler agreed. “They are still able to hang on. They are still here, and that is amazing.”

Until the scientists settle on a new name, they refer to the frog as “Rana sp. nov.,” meaning “new frog species” — though more often they’re apt to call it “the weird Rana,” one researcher confessed.

The paper, “A new species of leopard frog (Anura: Ranidae) from the urban northeastern US,” can be found online in the journal “Molecular Phylogenetics and Evolution” at Science Direct, at www.sciencedirect.com/science/article/pii/S1055790312000383.