Going to War: The Relationship Among the Media, the Public and the President

Only four months after Sept. 11, 2001, former President Bush identified Iraq as a member of the “axis of evil,” a problem, which if gone unchecked, would endanger the nation’s freedom and security.

As part of the public relations buildup before going to war with Iraq, the former president explained that the Iraqi regime has plotted to develop anthrax, and nerve gas and nuclear weapons for more than a decade. He said this is a regime that has something to hide from the civilized world. 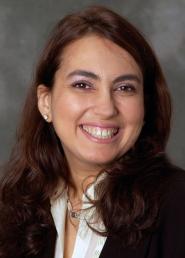 In a study published in the recent issue of The International Communication Gazette, University of Arizona associate professor Shahira Fahmy studied the five most important rationales provided by the former Bush administration for going to war: the “war on terror,” the desire to prevent the proliferation of weapons of mass destruction, or WMD, the lack of weapons inspections, the desire to remove the Saddam Hussein regime, and the fact that Saddam Hussein was an evil dictator.

“Former President Bush massively employed public relations to mobilize the nation to attack Iraq, including informing the U.S. media and the public that there was a connection between late President Saddam Hussein and al-Qaeda and that Iraq possessed WMD. In fact this is one of the first studies to examine the interaction among the president, the media and the public of an event that was not considered an existing ‘real-world’ issue,” Fahmy said.

Fahmy and colleagues analyzed national surveys of public opinion polls looking at the percentage of respondents who listed Iraq as “the most important problem facing the country today” and then examined presidential statements and media coverage related to Iraq based on the five most prominent rationales.

Fahmy recorded whether the five most important attributes of war stressed in Bush’s speeches influenced immediate media coverage of those attributes and then examined the three-way reciprocal relationship among the media, the public and the president on these attributes.

Said Fahmy: “The Bush administration tried to build a case for going to war with Iraq, and the former president stressed how invading Iraq would be an essential plank in the global ‘war on terror’ by ridding the region of one if its worst despots. However, after the polls he broadened his agenda to also argue that Saddam Hussein was an evil dictator who needed to be removed for the good of his people and for the region.”