AUSTIN, Texas — Scientists from the U.S., U.K. and Australia have used ice-penetrating radar to create the first high-resolution topographic map of one of the last uncharted regions of Earth, the Aurora Subglacial Basin, an immense ice-buried lowland in East Antarctica larger than Texas.

The map reveals some of the largest fjords or ice cut channels on Earth, providing important insights into the history of ice in Antarctica. The data will also help computer modelers improve their simulations of the past and future Antarctic ice sheet and its potential impact on global sea level.

“We knew almost nothing about what was going on, or could go on, under this part of the ice sheet and now we’ve opened it up and made it real,” said Duncan Young, research scientist at The University of Texas at Austin’s Institute for Geophysics and lead author on the study, which appears in this week’s journal Nature.

“We chose to focus on the Aurora Subglacial Basin because it may represent the weak underbelly of the East Antarctic Ice Sheet, the largest remaining body of ice and potential source of sea-level rise on Earth,” said Donald Blankenship, principal investigator for the ICECAP project, a multinational collaboration using airborne geophysical instruments to study the ice sheet. 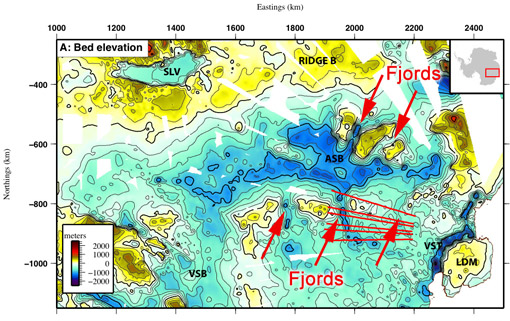 This new topographic map of a portion of the East Antarctic Ice Sheet revealed several giant fjords carved by the advancing and reatreating ice sheet between 34 and 14 million years ago. Image credit: The University of Texas at Austin

Because the basin lies kilometers below sea level, seawater could penetrate beneath the ice, causing portions of the ice sheet to collapse and float off to sea. Indeed, this work shows that the ice sheet has been significantly smaller in the past.

Previous work based on ocean sediments and computer models indicates the East Antarctic Ice Sheet grew and shrank widely and frequently, from about 34 to 14 million years ago, causing sea level to fluctuate by 200 feet. Since then, it has been comparatively stable, causing sea-level fluctuations of less that 50 feet. The new map reveals vast channels cut through mountain ranges by ancient glaciers that mark the edge of the ice sheet at different times in the past, sometimes hundreds of kilometers from its current edge.

“We’re seeing what the ice sheet looked like at a time when Earth was much warmer than today,” said Young. “Back then it was very dynamic, with significant surface melting. Recently, the ice sheet has been better behaved.” 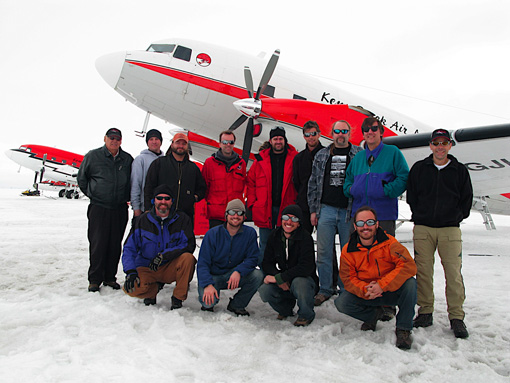 However, recent lowering of major glaciers near the edge detected by satellites has raised concerns about this sector of Antarctica.

Young said past configurations of the ice sheet give a sense of how it might look in the future, although he doesn’t foresee it shrinking as dramatically in the next 100 years. Still, even a small change in this massive ice sheet could have a significant effect on sea level. Scientists at The University of Texas at Austin’s Institute for Computational Engineering and Sciences, and at Australia’s Antarctic Climate and Ecosystems CRC are developing models that will use the new map to forecast how the ice sheet will evolve in the future and how it might affect sea level.

This research is part of ICECAP (Investigating the Cryospheric Evolution of the Central Antarctic Plate), a joint project of The University of Texas at Austin’s Jackson School of Geosciences, the University of Edinburgh and the Australian Antarctic Division. For three field seasons, the team flew an upgraded World War II-era DC-3 aircraft with a suite of geophysical instruments to study the ice and underlying rock in East Antarctica. 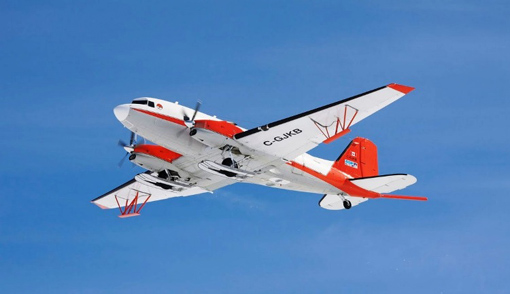 A gallery of images for the East Antarctic Ice Sheet Research is available online.