Millions of people in low-income countries still depend on public computer and Internet access venues despite the global proliferation of mobile phones and home computers. However, interest in providing such public access has waned in recent years, especially among development agencies, as new technologies become available.

But a five-year, eight-country study recently concluded by the Technology & Social Change Group at the University of Washington Information School has found that community access to computer and Internet technology remains a crucial resource for connecting people to the information and skills they need in an increasingly digital world.

“Our study finds that many people in low- and middle-income countries, including the underemployed, women, rural residents and other who are often marginalized, derive great benefits in such areas as education, employment and health when they use computers and the Internet at public access venues,” said Araba Sey, Information School research assistant professor and lead investigator of the study. 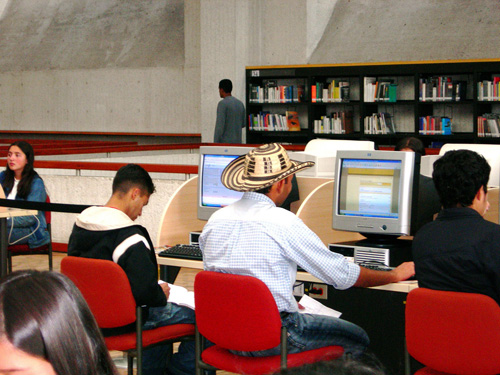 The Global Impact Study of Public Access to Information & Communication Technologies surveyed 5,000 computer users at libraries, telecenters and cybercafés and 2,000 nonusers at home to learn about patterns of public access use.

The researchers’ findings include:

The study’s final report also makes recommendations for government and donor organizations as well as libraries and telecenter practitioners. Their suggestions include:

Chris Coward, director of the Technology & Social Change Group, said the motivation of the study was “to provide governments and the international development community, which have expended tremendous amounts to support the availability of computers and Internet, with empirical evidence about what types of impacts have resulted from these investments.”

The researchers have made all the data from this study publicly available for others to use on the project website, www.globalimpactstudy.org.

The Global Impact Study of Public Access to Information & Communication Technologies was funded by Canada’ s International Development Research Centre and a grant from the Bill & Melinda Gates Foundation.