Even if humankind manages to limit global warming to 2 degrees Celsius (3.6 degrees Fahrenheit)–as the Intergovernmental Panel on Climate Change recommends–future generations will likely have to deal with a completely different world.

One with sea levels 40 to 70 feet higher than at present, according to research results published this week in the journal Geology.

The scientists, led by Kenneth Miller of Rutgers University, reached their conclusion by studying rock and soil cores taken in Virginia, New Zealand and the Eniwetok Atoll in the north Pacific Ocean. 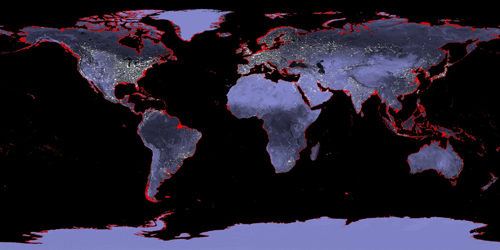 They looked at the late Pliocene epoch, 2.7 million to 3.2 million years ago, the last time the carbon dioxide level in Earth’s atmosphere was at its current level and when atmospheric temperatures were 2 C higher than they are now.

“The difference in water volume released is the equivalent of melting the entire Greenland and West Antarctic Ice Sheets, as well as some of the marine margin of the East Antarctic Ice Sheet,” said H. Richard Lane, program director in the National Science Foundation’s Division of Earth Sciences, which funded the work. 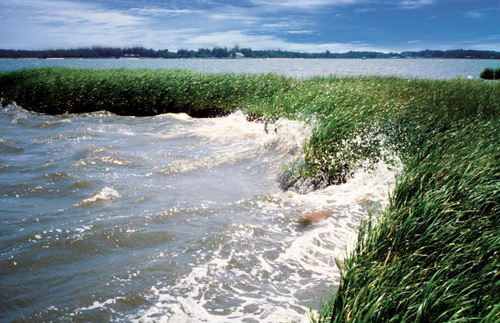 Wetlands along U.S. coastlines and around the world are at risk from sea level rise. Image credit: NOAA

“Such a rise of the modern oceans would swamp the world’s coasts and affect as much as 70 percent of the world’s population.”

“You don’t need to sell your beach real estate yet, because melting of these large ice sheets will take centuries to millennia,” Miller said. 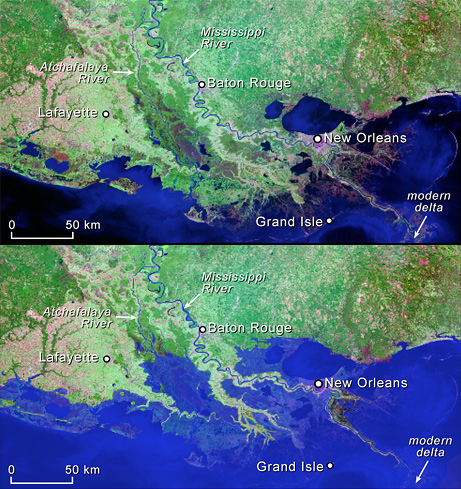 Miller said, however, that the results highlight the sensitivity of Earth’s great ice sheets to temperature change, suggesting that even a modest rise in temperature would result in a large sea-level rise.

“The natural state of the Earth with present carbon dioxide levels is one with sea levels about 70 feet higher than now,” he said.

Imagine what the future may well look like on a very blue planet. 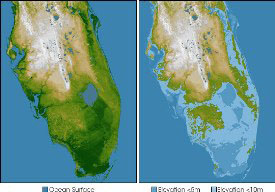 Florida flooded: what the state may look like in decades to come. Image credit: NASA

Other co-authors are Michelle Kominz of Western Michigan University; Tim Naish of Victoria University of Wellington in New Zealand; Benjamin Cramer of Theiss Research in Eugene, Oregon; and W. Richard Peltier of the University of Toronto. 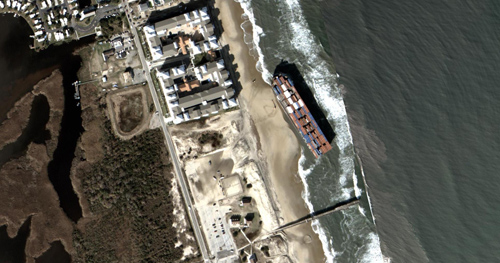 Virginia Beach and other cities and towns built largely on barrier islands may be swamped. Image credit: NOAA