Global Expansion All About Give And Take, Study Finds

EAST LANSING, Mich. — The key to successful global business expansion is spreading operations across multiple countries, rather than trying to dominate a region or market, according to a new study led by Michigan State University researchers.

Led by Hult and Ahmet Kirca, associate professor of marketing, the study is the largest ever conducted to examine the effect of multinationality on firm performance, Hult said. It incorporates data from nearly 48,000 firms.

“It’s very clear, through this research, that the more multinational you are, the more likely you are to perform well over time,” Hult said. “Being multinational today is much more important than it was 10 or 15 years ago, partly because of the knowledge economy that we’re in.”

But only a handful of companies are truly global, he said. Often misunderstood among management, global strategy means coordinating efforts across all countries in which the business practices, not just running a business from a headquarters.

“It would be highly inefficient if a business is in 100 countries and everything has to go through one place,” Hult said. “You have much more leverage and synergy if you have a coordinated effort among countries you’re in, so there’s learning and give and take. What works? What doesn’t? ” 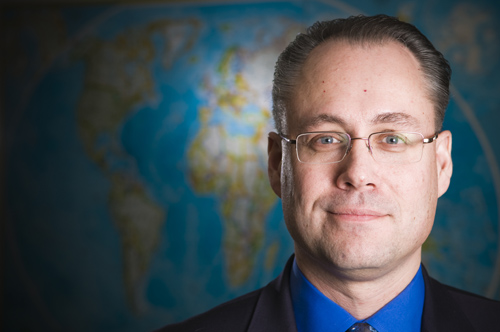 While there’s no magic number of countries that determines success, if a business operates in more than a dozen countries, and especially in more than 30, companies must have a global strategy, Hult said.

The researchers also found that firm, industry and country characteristics define the relationship between multinationality and performance.

Specifically, if a country expands internationally for the right reasons – to diversify, not to extend the life of an obsolete product, for example – there’s a better chance of success. And if there’s good infrastructure to support expansion, such as physical infrastructure, government resources and human resources, that helps.

As such, firms from advanced economies will fare better than those from developing economies, Hult said. But there are only about 30 countries with infrastructure similar to the U.S.