Genes and obesity: Fast food isn’t only culprit in expanding waistlines — DNA is also to blame

Researchers at UCLA say it’s not just what you eat that makes those pants tighter — it’s also genetics. In a new study, scientists discovered that body-fat responses to a typical fast-food diet are determined in large part by genetic factors, and they have identified several genes they say may control those responses.

The study is the first of its kind to detail metabolic responses to a high-fat, high-sugar diet in a large and diverse mouse population under defined environmental conditions, modeling closely what is likely to occur in human populations. The researchers found that the amount of food consumed contributed only modestly to the degree of obesity. 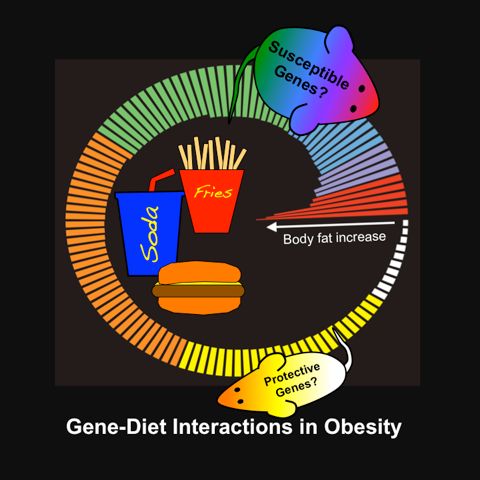 The findings are published Jan. 8 in the online edition of the journal Cell Metabolism and appeared Jan. 9 in the print version.

“Our research demonstrates that body-fat responses to high-fat, high-sugar diets have a very strong genetic component, and we have identified several genetic factors potentially regulating these responses,” said first author Dr. Brian Parks, a postdoctoral researcher at the David Geffen School of Medicine at UCLA. “We found that obesity has similar genetic signatures in mice and humans, indicating the mice are a highly relevant model system to study obesity. Overall, our work has broad implications concerning the genetic nature of obesity and weight gain.”

The dramatic increase in obesity over the past few decades has been tightly associated with an increase in obesity-related conditions such as type 2 diabetes, heart disease and cancer. And while high-calorie diets containing high levels of fat and sugar, along with sedentary lifestyles, have been considered the most significant environmental factors contributing to this epidemic, the new UCLA research demonstrates that body-fat responses to food are strongly inherited and linked to our DNA. 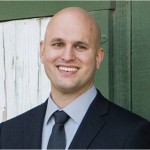 For the study, the mice were placed on a normal diet for the first eight weeks of life and were subsequently switched to a high-fat, high-sugar diet for eight weeks.

Dietary responses, as assessed by the body-fat percentage increase during high-fat, high-sugar feeding, varied widely among the strains, with increases in body-fat percentage ranging from 0 to more than 600 percent in the various strains of mice. Most strains responded during the first four weeks of the high-fat, high-sugar feeding and did not accumulate additional fat during the remainder of the study. This suggests an upper body-fat set-point whereby continued gain in body fat is resisted by genetic mechanisms, the researchers said.

Additionally, “We observed high heritability of about 80 percent for body-fat percentage across the study timeline,” said principal investigator Dr. Jake Lusis, a professor of medicine and human genetics and of microbiology, immunology and molecular genetics at the Geffen School of Medicine. “Changes in body-fat percentage after high-fat, high-sugar feeding were also highly heritable, suggesting that dietary responses are strongly controlled by genetics.”

The results are consistent with the inheritance of body mass index (BMI) and obesity in humans and emphasize the importance of genetics in controlling obesity, the study authors said.

The researchers note that overconsumption of high-calorie, high-sugar food is an important factor contributing to the obesity epidemic but stress that food consumption is only one of many environmental factors that affect obesity.

“Our results emphasize the importance of gene-by-environment interactions, with important implications for an understanding of the overall genetic architecture of obesity,” Lusis said. “In particular, it will be of interest to examine behavioral and neurological differences among the strains as they relate to obesity traits.”

The researchers noted that mice strains with extremely fast and extremely slow metabolisms must be further studied to understand the effect of energy expenditure on body-fat percentage and the likelihood of obesity.

“Our future studies will investigate the development of metabolic syndrome and diabetes after high-fat, high-sugar feeding,” Parks said. “We will also begin to focus on specific, identified genetic factors and their role in dietary interactions and obesity.”

The researchers conclude that, based on their data, there appears to be a strong link between DNA and the amount of fat gained when a high-calorie, high-sugar diet is consumed.

The study was funded by the National Institutes of Health (grant HL028481) and a Howard Hughes Medical Institute Early Career Scientist award. Additional funders are listed in the manuscript.