COLUMBIA, Mo. — The hand-held scanners, or tricorders, of the Star Trek movies and television series are one step closer to reality now that a University of Missouri engineering team has invented a compact source of X-rays and other forms of radiation. The radiation source, which is the size of a stick of gum, could be used to create inexpensive and portable X-ray scanners for use by doctors, as well as to fight terrorism and aid exploration on this planet and others.

“Currently, X-ray machines are huge and require tremendous amounts of electricity,” said Scott Kovaleski, associate professor of electrical and computer engineering at MU. “In approximately three years, we could have a prototype hand-held X-ray scanner using our invention. The cell-phone-sized device could improve medical services in remote and impoverished regions and reduce health care expenses everywhere.” 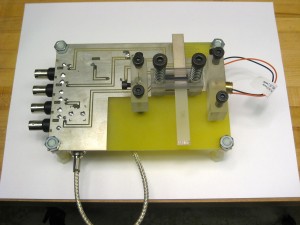 Kovaleski suggested other uses for the device. In dentists’ offices, the tiny X-ray generators could be used to take images from the inside of the mouth shooting the rays outward, reducing radiation exposure to the rest of the patients’ heads. At ports and border crossings, portable scanners could search cargoes for contraband, which would both reduce costs and improve security. Interplanetary probes, like the Curiosity rover, could be equipped with the compact sensors, which otherwise would require too much energy.

The accelerator developed by Kovaleski’s team could be used to create other forms of radiation in addition to X-rays. For example, the invention could replace the radioactive materials, called radioisotopes, used in drilling for oil as well as other industrial and scientific operations. Kovaleski’s invention could replace radioisotopes with a safer source of radiation that could be turned off in case of emergency.

“Our device is perfectly harmless until energized, and even then it causes relatively low exposures to radiation,” said Kovaleski. “We have never really had the ability to design devices around a radioisotope with an on-off switch. The potential for innovation is very exciting.”

The device uses a crystal to produce more than 100,000 volts of electricity from only 10 volts of electrical input with low power consumption. Having such a low need for power could allow the crystal to be fueled by batteries. The crystal, made from a material called lithium niobate, uses the piezoelectric effect to amplify the input voltage. Piezoelectricity is the phenomenon whereby certain materials produce an electric charge when the material is under stress. 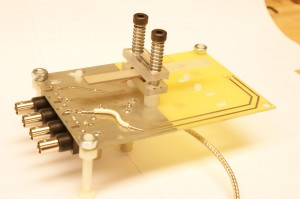 Kovaleski’s team published “Investigation of the Piezoelectric Effect as a Means to Generate X-Rays” in the journal IEEE Transaction on Plasma Science. Kovaleski is interim department chair of the Electrical & Computer Engineering in MU’s Department of Engineering.