Physicians are about half as willing to prescribe drugs tested in pharmaceutical-industry funded trials than those in NIH-funded studies, a new study finds.

Physicians are less likely to trust the results of clinical trials when they know those trials were funded by pharmaceutical companies, regardless of the quality of the research, a recent study in the New England Journal of Medicine shows.

The study, led by Dr. Aaron Kesselheim of the Harvard Medical School in Boston and co-authored by University of Arizona associate professor of law Christopher Robertson, evaluated physicians’ confidence in the results of drug trials conducted with a high, medium or low level of methodological rigor. It then looked at how their confidence in those same results changed when a trial’s funding source was revealed as either the National Institutes of Health or a company in the pharmaceutical industry, versus when no funding source was disclosed. 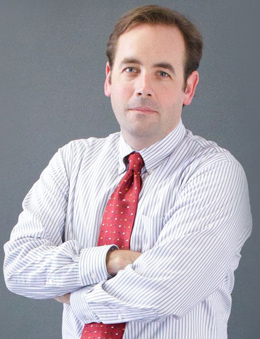 However, when funding sources for those same studies were revealed, doctors’ confidence in the results changed, with physicians being about half as willing to prescribe drugs tested in pharmaceutical-industry funded trials than those in NIH-funded studies. That was true no matter how high quality a trial’s methods.

The study was designed to explore physicians’ perceptions of industry-funded science following a string of high-profile scandals in which pharmaceutical companies were found to have manipulated research in order to get FDA approval or to get it marketed more broadly after approval, Robertson said.

What was revealed has both positive and negative implications, Robertson said.

On the other hand, the fact that physicians severely discounted even good science when it was funded by industry raises some concerns, Robertson said.

“If a study is both poorly designed and industry funded, then you really worry that there’s chances for biased outcomes. But if it’s really a well-designed, double-blinded, large sample study, there are fewer opportunities for industry to bias the results. But we saw physicians discounting across the board for industry funding,” he said.

It is fine to be skeptical of industry science, Robertson said. The problem, he said, is that physicians often have nowhere else to turn for science on new drugs and devices, since the majority of today’s biomedical research is funded by industry.

“The National Institutes for Health funds less than one-third of the science and will likely fund less and less going forward as we cut the federal budget,” Robertson said. “We need to figure out a way forward where we can have science be done well and be credible.”

Robertson said the study reveals what he calls “a crisis in confidence.”

“We’re in this situation where physicians need to rely on science to move medicine forward to make us healthier and to provide health care more efficiently, but physicians don’t have science that they feel they can really trust,” Robertson said. “I’m concerned that we are ending up in a situation of general skepticism that’s really not good for anyone. It’s not good for the industry because they can’t sell drugs even when they’re high quality, and it’s not good for patients because when you do have a good drug, physicians are slow to change their practices to use it.”

This “crisis in confidence” is among the challenges in translational medicine, or the process of getting new science to reach the bedside, Robertson said.

“Changing the culture of medicine can be slow going,” he said, “and this lack of confidence in new scientific research is another reason why that’s difficult.”