EAST LANSING, Mich. — The discovery of a new gene is helping researchers at Michigan State University envision more-efficient molecular factories of the future.
A team of researchers, led by Katherine Osteryoung, MSU plant biologist, announced the discovery of Clumped Chloroplasts – a new class of proteins – in the current issue of the Proceedings of the National Academy of Sciences. CLMP1 plays a key role in helping chloroplasts, which carry out the life-sustaining process of photosynthesis, separate when the chloroplasts divide. The newly identified proteins are also critical in the perpetuation of chloroplasts during cell division. 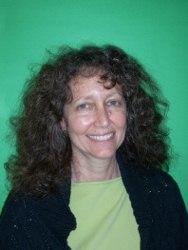 Green chloroplasts in plant cells are essentially molecular factories where carbon dioxide from air is used to produce sugar, food for plants. When leaves are growing, chloroplasts increase their numbers dramatically by dividing in half.  A single leaf cell can end up having more than100 chloroplasts. The expanded chloroplast population boosts photosynthesis and subsequently increases the plant’s growth. CLMP1 is one of many proteins that function together like a well-oiled machine to help chloroplasts divide and multiply.

Studying mutant Arabidopsis thaliana plants that failed to produce CLMP1, Osteryoung saw that the chloroplasts had nearly completed the division process, but they failed to separate, instead remaining connected to each other through thin membranes.

“The mutant plants had chloroplasts that appeared like clusters of grapes,” said Osteryoung, who was recently named an AAAS Fellow. “In normal plants, chloroplasts are separated and distributed throughout cells. This enables the chloroplasts to move freely around the cell to maximize photosynthesis. In the mutant, where the chloroplasts remain bunched together, they cannot move around as freely, which probably impairs photosynthesis. The discovery of CLMP1 helps explain how plants have evolved mechanisms to promote chloroplast division and dispersal and avoid clumping.”

In normal plants, the separation and distribution of chloroplasts also helps ensure that, when cells divide, each daughter cell inherits about half of the chloroplasts. Further investigation demonstrated that CLMP1 is required for this normal inheritance of chloroplasts during cell division, she added.

Since genes closely related to CLMP1 are also present in crop plants, Osteryoung’s research could lead to improvements in corn, wheat, soybeans and other food crops.

“In the long run, this could lead to improvements in crops through breeding and/or genetic manipulation for improved chloroplast distribution,” Osteryoung said.

Osteryoung’s work is supported by the U.S. Department of Energy, the National Science Foundation, and MSU’s AgBioResearch.