‘Dark Oxidants’ Form Away from Sunlight in Lake and Ocean Depths, Underground Soils

Breathing oxygen… can be hazardous to your health?

Indeed, our bodies aren’t perfect. They make mistakes, among them producing toxic chemicals, called oxidants, in cells. We fight these oxidants naturally, and by eating foods rich in antioxidants such as blueberries and dark chocolate.

All forms of life that breathe oxygen—even ones that can’t be seen with the naked eye, such as bacteria—must fight oxidants to live.

“If they don’t,” says scientist Colleen Hansel of the Woods Hole Oceanographic Institution in Massachusetts, “there are consequences: cancer and premature aging in humans, death in microorganisms.” 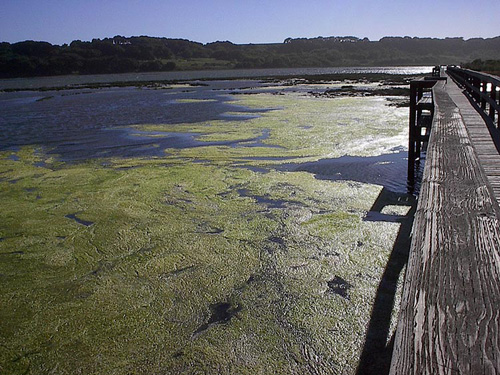 These same oxidants also exist in the environment. But neutralizing environmental oxidants such as superoxide was a worry only for organisms that dwell in sunlight—in habitats that cover a mere 5 percent of the planet.

That was the only place where such environmental oxidants were thought to exist.

Now researchers have discovered the first light-independent source of superoxide. The key is bacteria common in the depths of the oceans and other dark places.

The bacteria breathe oxygen, just like humans. “And they’re everywhere—literally,” says Hansel, co-author of a paper reporting the results and published in this week’s issue of the journal Science Express.

The result expands the known sources of superoxide to the 95 percent of Earth’s habitats that are “dark.” In fact, 90 percent of the bacteria tested in the study produced superoxide in the dark. 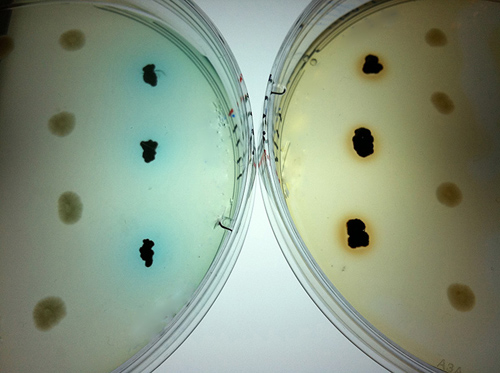 “Superoxide has been linked with light, such that its production in darkness was a real mystery,” says Deborah Bronk of the National Science Foundation’s (NSF) Division of Ocean Sciences, which co-funded the research with NSF’s Division of Earth Sciences.

“This finding shows that bacteria can produce superoxide in the absence of light.”

The bacteria are found “miles beneath the seafloor, in hot fluids coming from underwater volcanoes, in every type of underground soil and throughout deep lake and ocean waters,” Hansel says.

The number of these bacteria in a thimble of seawater or soil is greater than the human population of San Francisco. And they’re all releasing large amounts of superoxide.

It also helps ocean microorganisms acquire the nutrients they need to survive. And superoxide may remove the neurotoxin mercury from the sea, keeping it out of fish and off dinner plates.

The bacteria that produce superoxide could account for the total amount of the chemical in the oceans, Hansel and colleagues say, and are likely the main source in dark environments.

“That’s a paradigm shift that will transform our understanding of the chemistry of the oceans, as well as of lakes and underground soils,” says Hansel, “and of the life forms that live in and depend on them.” 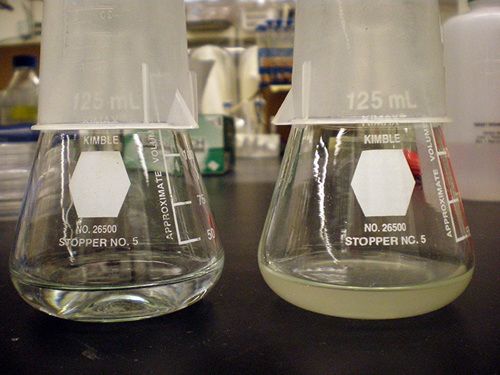 Co-authors of the paper are Julia Diaz and Chantal Mendes of Harvard University, Peter Andeer and Tong Zhang of Woods Hole Oceanographic Institution and Bettina Voelker of the Colorado School of Mines.