A freelance photographer happened to be on the scene in New York when one man pushed another onto the subway tracks. The New York Post ultimately ran a photo on its front page, sparking widespread outrage. Based on his research, Brown University psychologist Fiery Cushman suggests that what makes people uncomfortable about the photo may be the idea of profiting from tragedy.

When tragedy occurs, who may profit? Newspapers around the country announced the tragic death of Ki-Suck Han, the man pushed in front of a New York subway car on Monday. Quickly, however, attention turned to an element of the news reporting itself. On the controversial front cover of the New York Post on Tuesday, a full-page photo showed the train hurtling toward Han. Dramatically captured by a freelance photographer while events unfolded, the photograph ran under the headline: “Pushed onto the subway track, this man is about to die.”

What is it about the photograph that makes us so uncomfortable? Research into the psychology of moral judgment can help offer an answer. In a series of studies recently published in the Personalty and Social Psychology Bulletin, Yoel Inbar, David Pizarro, and I investigated how people judge those who profit from the misfortune. 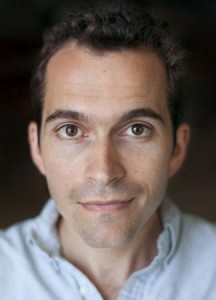 For instance, in one study we described a financial instrument known as a “catastrophe bond.” These are structured to generate large profits for the bondholder if a natural disaster occurs. For instance, I might pay $1 million for a bond that will pay out $100 million if a category 3 hurricane strikes New Orleans in the next 20 years. But if no hurricane strikes, I’m out the $1 million investment.

Rather, people hold a narrower moral view: It is wrong to profit from another person’s misfortune. You don’t have to cause the misfortune; it goes without saying that buying a bond doesn’t cause a hurricane to strike. The mere act of making money off of somebody else’s suffering is enough. When we analyzed the potential causes for this moral norm, our evidence pointed toward a specific explanation: We question somebody’s character if they are willing to wish for the suffering of others.

Columnists, talking heads, and the twitterati have vilified the freelance photographer and the New York Post, but it is important to keep the events in perspective. The photographer says he was using his camera’s flash to alert the train conductor. And nobody is suggesting that the photographer or the editors of the Post “wished” for a tragedy in advance, like a catastrophe bond investor. But our research suggests that, whatever the true motives of the photographer and Post editors, the human mind is tuned to cast a wary eye on their actions.

Many weighty moral questions are raised by the events on the southbound platform of the 49th street Q train. What were the motives of the perpetrator? Could a bystander have helped? Would you have? Our research isolates one point in this ethical constellation.