REDMOND, Wash. — Dec. 6, 2012 — Multiplayer games thrive when as many gamers as possible can participate. The longtime friends and game developers who founded German-based MobileBits were determined to make it easier for mobile game enthusiasts to immerse themselves in virtual worlds and compete with players globally, without worrying about compatibility issues.

Today, the burgeoning array of device types, versions and platforms in the mobile game market forces developers to create different iterations of their games for laptops, tablets and smartphones running on various operating systems.

“It costs too much for mobile game developers, especially smaller or independent developers, to create and support different versions of their games for all the possible mobile devices and operating systems out there,” says Benjamin Nitschke, co-founder and chief technology officer of MobileBits and CEO of the company’s recent Delta Engine spinoff.

To address this issue — first for its own game development and more recently as a technology available to game developers everywhere — MobileBits developed Delta Engine, a cloud-based, cross-platform technology based on the Microsoft .NET Framework and running on the Windows Azure platform.

“With Delta Engine, you can develop a game once and deploy it across multiple mobile platforms,” says Nitschke. “Create a game on your Windows-based PC, push a button, and all the necessary compiling and conversion happens in the cloud, via Delta Engine and Windows Azure.”

“Spikes in demand are no problem, because Windows Azure enables almost limitless scaling, while processing all the game-playing data in near-real time,” says Karsten Wysk, co-founder and CEO of MobileBits. “And as game developers, we spend less time compiling and converting data to work across platforms and more time developing mobile games.”

Before MobileBits, the company’s founders ran the game development studio exDream. As early as 1994, the four friends and game developers have been committed to Microsoft technologies. They wrote the world’s first .NET game in 2002, and in 2006 Nitschke was given a Microsoft Most Valuable Professional Award. A year later, he wrote a successful XNA book, “Professional XNA Programming: Building Games for Xbox 360 and Windows With XNA Game Studio 2.0.”

On the strength of their history with Microsoft technology, plus the potential of the Delta Engine platform, MobileBits was invited to join the BizSpark One program.

“Because we already have such strong technology ties to Microsoft, and so many years of working with Windows, the advantages to MobileBits of BizSpark One membership lie in the business deals we are exposed to,” says Nitschke. “We have received valuable introductions to Microsoft partner companies such as NVIDIA. And we’ve had the opportunity to meet with other BizSpark companies in Germany and elsewhere, already leading to us joining forces with another BizSpark startup to collaborate on implementing multiplayer capabilities in a game it’s developing.”

BizSpark One connections also have helped MobileBits increase downloads of its games.

“When our CEO Karsten Wysk was in Silicon Valley recently, he received some ‘tricks of the trade’ from one of his BizSpark contacts, including how to improve the description of our games in app stores,” says Nitschke. “We changed the descriptive text, and downloads tripled almost immediately.” 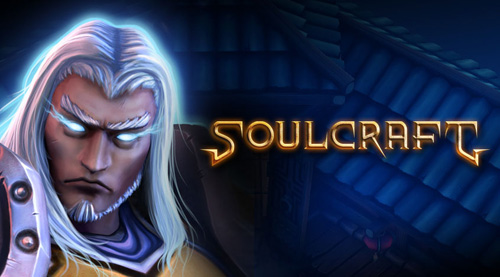 "Soulcraft" Game. “Soulcraft” has had more than 1 million downloads and was part of the Windows 8 launch event in Germany. Image credit: Microsoft

A New Era with Windows 8

MobileBits has followed a “freemium” business model familiar to independent game developers, especially for role-playing games: Let gamers play basic versions of a game for free, then charge for access to premium levels. The model is working well for the company: Its “SoulCraft” game garnered more than 1 million downloads without marketing support.

MobileBits’ deep familiarity with .NET, Windows Azure and other Microsoft technologies also positioned the company to develop and release its first game available for Windows 8.

“We were proud that our ‘SoulCraft’ game was a part of the official Windows 8 launch in Germany,” says Nitschke. “We think Microsoft is heading in a great direction with Windows 8, and we’re excited about its potential to connect devices ranging from Xbox consoles to Windows Phones.

“As a company, one of our proudest accomplishments is simply that we are still here, still in business and still growing,” he says. “Changing attitudes is part of it. But it’s also true that technologies such as .NET and Windows Azure help level the playing field for independent developers like us and help us reach more customers worldwide.”