Why are older people especially vulnerable to becoming victims of fraud? A new UCLA study indicates that an important clue may lie in a particular region of the brain that influences the ability to discern who is honest and who is trying to deceive us.

Older people, more than younger adults, may fail to interpret an untrustworthy face as potentially dishonest, the study shows. The reason for this, the UCLA life scientists found, seems to be that a brain region called the anterior insula, which is linked to disgust and is important for discerning untrustworthy faces, is less active in older adults.

“The consequences of misplaced trust for older adults are severe,” said Shelley E. Taylor, a distinguished professor of psychology at UCLA and senior author of the new research, which appears Dec. 3 in the journal Proceedings of the National Academy of Sciences (PNAS). “A recent study estimates that adults over age 60 lost at least $2.9 billion in 2010 to financial exploitation, ranging from home repair scams to complex financial swindles. This figure represents a 12 percent increase from 2008.

“Older adults seem to be particularly vulnerable to interpersonal solicitations, and their reduced sensitivity to cues related to trust may partially underlie this vulnerability.”

Taylor and her colleagues report the results of two new studies in PNAS. In the first, 119 older adults between the ages of 55 and 84 (mean age 68) and 24 younger adults (mean age 23) looked at 30 photographs of faces and rated them on how trustworthy and approachable they seemed. The faces were intentionally selected to look trustworthy, neutral or untrustworthy.

“Most of the older adults showed this effect,” said Taylor, a member of the National Academy of Sciences and director of UCLA’s Social Neuroscience Laboratory. “They missed facial cues that are pretty easily distinguished.”

“We wanted to find out whether there are differences in how the brain reacts to these faces, and the answer is yes, there are,” Taylor said. “We found a strong anterior insula response both to the task of rating trustworthiness and also to the untrustworthy faces among the younger adults — but the response is much more muted among the older adults. The older adults do not have as strong an anterior insula early-warning signal; their brains are not saying ‘be wary,’ as the brains of the younger adults are.

“In younger adults, the very act of judging whether a person is trustworthy activates the anterior insula,” she added. “It’s as if they’re thinking they need to make this judgment with caution. This gives us a potential brain mechanism for understanding why older and younger adults process facial cues about trust differently. Now we know what the brain sees, and in the older adults, the answer is not very much when it comes to differentiating on the basis of trust.” 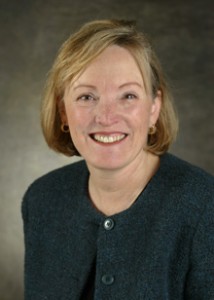 “It’s not that younger adults are better at finance or judging whether an investment is good; they’re better at discerning whether a person is potentially trustworthy when cues are communicated visually,” she said.

Taylor and her colleagues, including lead author Elizabeth Castle, identified that the anterior insula plays the role of telling us “Something’s not right here.”

“Older adults are more vulnerable. It looks like their skills for making good financial decisions may be deteriorating as early as their early-to-mid-50s,” said Taylor, a founder of the field of health psychology who was honored in 2010 with the American Psychological Association’s Lifetime Achievement Award.

The prototypical victim of financial fraud, Taylor said, is a 55-year-old male who is an experienced investor.

“It’s people with money, who are comfortable with investing,” Taylor said. “Somehow they didn’t get the early warning from their brain that said ‘Don’t invest in that movie, don’t buy that land.’ The financial losses can be huge.”

Castle, a UCLA psychology graduate student who analyzed the data for the brain-mapping study, said the scientists found a “robust” anterior insula response in the younger adults and a “minimal” response in the older adults.

“One of the functions of the anterior insula is to sense bodily feelings and interpret these visceral states for the brain.” Castle said. “This is the response that we see lacking in older adults.

“This neural mapping of bodily states forms the basis of ‘gut feelings'” she added. “This leads us to think that older adults have a diminished gut feeling that something is wrong when someone looks untrustworthy.”

The life scientists did not find significant differences between women and men.

This project is funded by the National Institute on Aging in an effort to understand the reasons for the vulnerability of older adults to financial fraud.

For Taylor, the topic is personal. Her father and aunt both lost money in financial scams.

“My father was walked to the bank by someone he referred to as ‘such a nice man.’ The guy was a homeless man. Anybody looking at him should have picked up on the cues that said ‘Do not give this man $6,000.’ I still don’t know how my father could not pick up that this was not a nice young man,” Taylor said. Her father was in his mid-70s at the time.

Her aunt bought jewels through the mail.

“When I give talks on this work, I wear the ‘diamond’ earrings that she bought in the mail,” Taylor said. “They are glass.”

“I would tell older adults to just hang up on solicitors. Don’t talk to salesmen pushing investments — just say no. Do not go to the free lunch seminars where there are investment pitches. Stay away from these people,” she said. “I’m not saying that all of these are fraudulent, but the best thing that you can do if your brain isn’t helping you to make these discriminations is not to have to make them. Be very careful what you do with your money. I don’t talk to any solicitors on the phone.”

A pivotal point is when people take money from their 401(k) accounts, including when they take required distributions, starting at age 70-and-a-half.

“That’s when older adults tend to be targeted — 401(k) conversions, required minimum distributions and inheritances,” Taylor said. “These are points when people need to be wary, and many older adults are insufficiently wary.”

“The smile is insincere, the eye contact is off; it’s a gestalt,” Taylor said.

Co-authors of the research also include Naomi Eisenberger, a UCLA assistant professor of psychology; Mark Grinblatt, professor of finance at the UCLA Anderson School of Management; and Ian Boggero, a former UCLA psychology research assistant.