Coffee Protects Body from Cancer and Slows Down Aging

Here are some facts about coffee:

Fact 1. Coffee can be good for you

Research conducted by American biologists revealed that two to three cups a day is more than enough to provide protection for the heart, slightly increase metabolism and even reduce appetite if you have excessive weight issues. Coffee has as much antioxidants as green tea, which means in theory it protects body from cancer and slows down aging.

Fact 2. Coffee can kill you

What is wrong with caffeine? Mostly, it is its ability to raise blood pressure and cause vascular walls to contract. The most adamant critics claim that excessive coffee consumption may lead to a heart attack, and there is some truth to it.

However, American experts calculated that a lethal dose of caffeine is 10 to 13 grams, which means that you have to drink 23 liters of coffee at a time to die. This is more than a hundred cups. Such volume of liquid would kill you faster than caffeine.

Fact 3. Caffeine is the best friend of fitness

Two cups a day help to deal with muscle aches after intense exercise, scientists from the University of Georgia claim. It is not required to drink coffee on a regular basis. Just two cups after a training session are enough to restore the muscles.

Another advantage is coffee’s ability to increase stamina, which allows longer and more efficiently training. Caffeine is indispensable in team sports as it improves focus and reaction. Too much coffee accompanied by intense exercise may cause tachycardia and tremor followed by insomnia and nervous breakdowns.

Fact 4. Coffee is better than wine

Red wine and champagne are considered to be traditional beverages for a romantic dinner. Men might want to reconsider this tradition. It you want some hot after-dinner action, give your lady some coffee, researches from the South West University recommend.

They conducted a series of experiments on female lab rats and found out that a dose of caffeine prompts the rodents for more frequent sexual contacts. There is a “but” – the beverage will only be effective provided the lady does not drink coffee on a regular basis. If she is a habitual coffee drinker, you will have to rely on wine and your personal charm. 😉

There is a theory that a dose of caffeine may help men be more active in bed. Caffeine improves the blood flow, which means the blood is carried better to the sexual organs as well. As a result, the possibility of an erection and its duration may increase; therefore coffee can be considered a substance for prevention of erectile dysfunction. 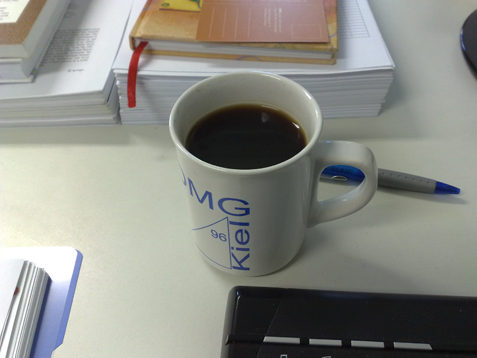 Fact 5. Coffee is no worse than green tea

Coffee is surrounded by myths, both good and bad. Its ability to invigorate and cause insomnia is absolutely true. Its main effect on the body is stimulation of nervous system.

On average, a cup of instant coffee contains the same amount (or a little more) of caffeine as a cup of strong black tea. Green tea contains even more caffeine. While people are careful about consuming coffee in the second half of the day, they do not limit their tea consumption, getting much more caffeine from it.

Doctors do not recommend drinking coffee later than six hours before bed. Same is true for tea . While caffeine from tea is smoother, its effect is much longer.

Decaffeination process involves scalding of raw coffee beans which causes caffeine particles to get to the surface. Then the beans are treated with an organic solvent, usually dichloromethane, and sent for drying and processing. Scientists promise that the process is harmless for the end product and is utilized all over the world.

Fact 8. The taste of coffee depends on the type of roast and brewing

Essential oils contained in coffee beans start evaporating at the temperature of 200 degrees. The more oil is extracted during roasting, the more bitter and intense the taste and flavor of the beverage will be. The type of roast can be identified by the color of the beans. Raw beans have a whitish, even slightly greenish tint, and get darker in the process of roasting, from brown to black. The length of brewing affects both taste and composition. If you want to get all caffeine from coffee, brew it as long as you can, and choose darker roasts.

Fact 9. Caffeine is not bitter

As strange as it may seem, it is not caffeine that gives coffee its bitter taste. Chemists believe that it is antioxidants that make coffee healthy. So if you want to be young and healthy, you would have to deal with bitterness.

Fact 10. Coffee was discovered by goats

According to a legend, coffee was first discovered and brewed approximately in 800 A.D. in Africa. Kaldi, an Ethiopian goatherder, was frustrated because his goats did not let him sleep. He decided to find out what made them so lively. He noticed they were eating some red berries of a tree. He took the berries to a local abbot where the entrepreneurial African monks brewed the first coffee that they later used to pray all night long.