Can We Turn Unwanted Carbon Dioxide Into Electricity?

New power plant design to expand use of geothermal energy in the U.S.

SAN FRANCISCO – Researchers are developing a new kind of geothermal power plant that will lock away unwanted carbon dioxide (CO2) underground – and use it as a tool to boost electric power generation by at least 10 times compared to existing geothermal energy approaches.

The technology to implement this design already exists in different industries, so the researchers are optimistic that their new approach could expand the use of geothermal energy in the U.S. far beyond the handful of states that can take advantage of it now. 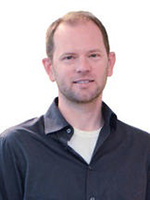 At the American Geophysical Union meeting on Friday, Dec. 13, the research team debuted an expanded version of the design, along with a computer animated movie that merges advances in science with design and cognitive learning techniques to explain the role that energy technologies can have in addressing climate change.

The new power plant design resembles a cross between a typical geothermal power plant and the Large Hadron Collider: It features a series of concentric rings of horizontal wells deep underground. Inside those rings, CO2, nitrogen and water circulate separately to draw heat from below ground up to the surface, where the heat can be used to turn turbines and generate electricity.

The design contrasts with conventional geothermal plants, explained study co-author Jeffrey Bielicki, assistant professor of energy policy in the Department of Civil, Environmental and Geodetic Engineering and the John Glenn School of Public Affairs at The Ohio State University.

“Typical geothermal power plants tap into hot water that is deep under ground, pull the heat off the hot water, use that heat to generate electricity, and then return the cooler water back to the deep subsurface. Here the water is partly replaced with CO2 or another fluid – or a combination of fluids,” he said.

This approach – using concentric rings that circulate multiple fluids – builds upon the idea to use CO2 originally developed by Martin Saar and others at the University of Minnesota, and can be at least twice as efficient as conventional geothermal approaches, according to computer simulations.

“When we began to develop the idea to use CO2 to produce geothermal energy, we wanted to find a way to make CO2 storage cost-effective while expanding the use of geothermal energy,” said Jimmy Randolph, postdoctoral researcher in the Department of Earth Sciences at the University of Minnesota.

“We hope that we can expand the reach of geothermal energy in the United States to include most states west of the Mississippi River,” Bielicki said.

The current research team includes Ohio State, the University of Minnesota and Lawrence Livermore National Laboratory, where geoscientist Tom Buscheck came up with the idea to add nitrogen to the mix.

He and his colleagues believe that the resulting multifluid design will enable geothermal power plants to store energy away – perhaps hundreds of gigawatt hours – for days or even months, so that it is available when the electricity grid needs it. The underground geothermal formation could store hot, pressurized CO2 and nitrogen, and release the heat to the surface power plant when electricity demand is greatest. The plant could also suspend heat extraction from the subsurface during times of low power demand, or when there is already a surplus of renewable power on the grid.

“What makes this concept transformational is that we can deliver renewable energy to customers when it is needed, rather than when the wind happens to be blowing, or when spring thaw causes the greatest runoff,” Buscheck said.

In computer simulations, a 10-mile-wide system of concentric rings of horizontal wells situated about three miles below ground produced as much as half a gigawatt of electrical power – an amount comparable to a medium-sized coal-fired power plant – and more than 10 times bigger than the 38 megawatts produced by the average geothermal plant in the United States.

The simulations also revealed that a plant of this design might sequester as much as 15 million tons of CO2 per year, which is roughly equivalent to the amount produced by three medium-sized coal-fired power plants in that time.

Bielicki noted the possibility of expanding the use of geothermal energy around the country. Right now, most geothermal power plants are in California and Nevada, where very hot water is relatively close to the surface. But the new design is so much more efficient at both storing energy and extracting heat that even smaller-scale “hotspots” throughout the western U.S. could generate power.

The eastern U.S. is mostly devoid of even small hotspots, so geothermal power would still be limited to a few particularly active areas such as West Virginia, he said.

Another caveat: The geothermal plant would probably have to be connected to a large CO2 source, such as a coal-fired power plant that is scrubbing the CO2 from its own emissions. That connection would likely be made by pipeline.

Buscheck added, however, that the study showed that this design could work effectively with or without CO2, and said a pilot plant based on this design could initially be powered solely by nitrogen injection to prove the economic viability of using CO2. The research team is currently working on more detailed computer model simulations and economic analyses for specific geologic settings in the U.S.

The project is unusual in part because, as they were refining their ideas, the engineers joined with Shannon Gilley, then a master of fine arts student at the Minneapolis College of Art and Design. Bielicki worked with Gilley for more than a year to create the computer animated video titled “Geothermal Energy: Enhancing our Future.” Part of Gilley’s task was to communicate the more complex details of climate change, CO2 storage and geothermal energy to the general public.

“We built this concept of public outreach into our efforts not just to communicate our work, but also to explore new ways for scientists, engineers, economists and artists to work together,” Bielicki said.

Heat Mining Co. LLC, a startup company spun off from the University of Minnesota, expects to have an operational project, based on an earlier form of the approach, in 2016.